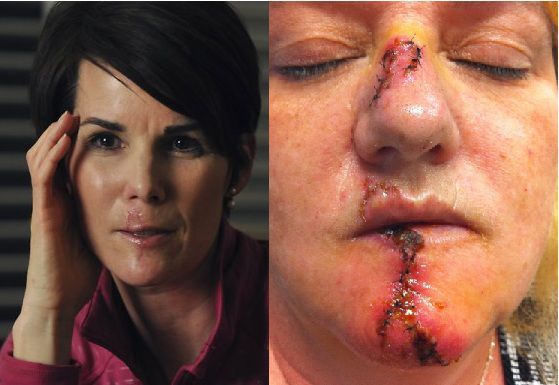 Jeanette Cunningham has something in common with Denver reporter Kyle Dyer. Both suffered permanent, disfiguring injuries from dog bites to the face.

The nation was socked last month by images of Dyer being bitten by a mastiff on live television during her morning news program. The veteran reporter made the mistake of putting her face too close to the dog. It attacked her face in the mouth area causing major injuries that required two surgeries and over 70 stitches.

Just 18 months earlier Seattle-area resident Jeanette Cunningham was bitten in the face by a pitbull. The dog’s teeth ripped through the flesh on her nose and upper lip and tore off a portion of her lower lip.

Both brave women are recovering from the physical injuries but are likely to suffer from some level of post-traumatic stress for the rest of their lives.

Cunningham enlisted the help of the award-winning team of personal injury attorneys at Davis Law Group, P.S., to help her get compensation for her injuries.