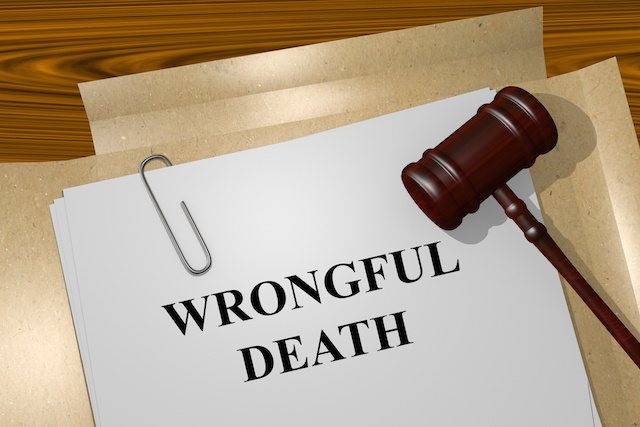 A 97-year-old woman is dead and a 25-year-old bicyclist is injured after a repeat offender with a suspended license sped into their neighborhood before crashing into her home.

The 42-year-old driver was reportedly speeding and driving erratically before driving his car through the entrance of the Marysville neighborhood, eventually striking the women's' home.

The six-time convicted felon was still on electronic surveillance after being released on weapons and drug charges and had a suspended license when he crashed around 2:00 a.m. Saturday morning.

Authorities believe the driver may have been under the influence at the time of the crash and is being held on charges of vehicular homicide and vehicular assault.

The 25-year-old bicyclist was critically injured by the van which authorities believe was traveling as fast as 80 miles an hour when it struck the women's home.

Pedestrian and Vehicle Into Building Crashes.

Vehicle into building accidents are violent and tragic as they so often involve loss of life.

Victims in their homes often have no time to react to an oncoming vehicle whether in a storefront, home, or office building like this case settled by Davis Law Group.

Unfortunately, both victims in this accident face a difficult journey to recovery.

When an accident is caused by a driver who is unlikely to carry much if any insurance, like this driver in this case with a suspended license who has recently released, victims are left to resort to alternative sources for relief.

If the accident had been a more typical motor vehicle accident and both parties were driving, if a victim carried uninsured motorist coverage, it could have covered at least a portion of the damages.

While homeowner's insurance may cover material damage to the home, injury, and loss of life could be a different story.

Additional Means Of Recovery For Accidents Caused By Repeat Offenders

One potential avenue for recovery left for the victims of this accident would be an investigation into the release and handling of the at-fault driver.

Davis Law Group has previously recovered more than  $6,000,000 in settlements from claims against the Washington State Department of Corrections (DOC) including this $3,400,000 settlement that resulted from the DOC attempting to cover up a computer glitch that released inmates early.

Claims against the DOC require a thorough and in-depth investigation into DOC employees from security guards to administrators in order to understand the actions that took place that could amount to negligence.

When a prisoner is released and should be under supervision like the at-fault driver in this case it is the DOC's responsibility to make sure that individual is following the rules of their probation and not becoming a community safety concern.

There are no easy personal injury claims, but claims against the DOC are among the most complex for a multitude of reasons, accident victims who believe they may have a claim against the department of corrections should seek expert help from experienced attorneys like the team at Davis Law Group.

If you or a loved one believe you may have a personal injury claim of any kind and have questions, Davis Law Group is here to help, offering free case evaluations for accident victims and their loved ones online or over the phone.