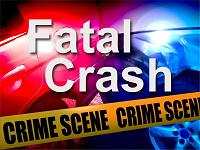 Redmond police announced that one driver was killed and another seriously injured in a car accident on Highway 520 in Redmond Saturday morning.

According to The Seattle Times, a 20-year-old man was driving a vehicle northbound on Highway 520 in Redmond where the highway turns into Avondale Road just after 1 a.m. Saturday. That vehicle reportedly struck another car at the intersection of Northeast Union Hill Road, according to Redmond Police Department spokesperson Shari Francois.

Francois says the 20-year-old driver in the first vehicle initially fled the scene of the collision, as first responders witnessed him exiting the vehicle and running away. Police K-9 units found the driver unconscious and hiding in a nearby ravine.

The 20-year-old man was taken to Harborview Medical Center in Seattle to be treated for serious injuries he suffered in the collision. Francois did not provide any information on that man’s condition at Harborview.

The vehicle that was struck by the 20-year-old driver hit a cement sign after the initial collision. Francois said the 30-year-old driver in that vehicle was pronounced dead at the scene of the crash, and that no one else was present in either vehicle at the time.

Francois also said investigators believe that excessive speed and alcohol impairment may have been contributing factors in the fatal crash. The results of the investigation will help officers determine any other possible factors that may have played a role.

Call Davis Law Group at (206) 727-4000 to request a free legal consultation with our car accident lawyers if you have been injured in an accident.