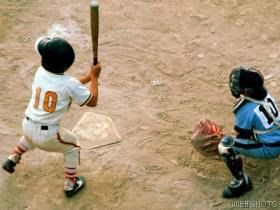 The issue of safety among young athletes has always been a hot topic in the United States, as companies and governing bodies have worked together over the years to implement new rules and improve the standard of equipment that can prevent injuries to children during athletic competitions.

In 2012, this issue regained significant attention from the media after it was announced that attorneys representing a boy who had suffered an extensive brain injury during a youth baseball game in 2006 had recovered a $14.5 million settlement on behalf of the boy.

Steven Domalewski, then just 12 years old, was a pitcher in a Police Athletic League (PAL) youth baseball game in New Jersey in 2006 when a batted ball came back and struck him in the chest. The impact sent the boy into cardiac arrest, causing Domalewski’s brain to be deprived of oxygen for at least 15 minutes. The extended lack of oxygen being delivered to the brain caused a long-term brain injury.

Domalewski’s family and personal representatives then filed a lawsuit against Louisville Slugger – the manufacturer of the bat – along with Little League Baseball and the sporting goods retailer that was responsible for selling the bat. According to the lawsuit, Little League Baseball had certified that the bat was safe for use by the young players, which made them liable for the boy’s injuries.

And in a recent news article on Today.com, it was announced that Rawlings, a major sporting goods manufacturer and the leading manufacturer of baseball helmets for baseball and softball players of all ages, has started working to increase the level of impact that helmets can withstand in order to protect players from Traumatic Brain Injuries (TBIs) and other types of head injuries.

According to the article, the National Operating Committee for Standards on Athletic Equipment (NOCSAE) set the industry standard for helmets to protect against baseballs traveling at least 68 mph back in the 1980s.This standard requires that every helmet is capable of protection against 68 miles-per-hour pitch speeds.

Kids and Adults Have Different Risk Levels for TBIs

One of the biggest challenges facing companies like Rawlings is that children and adults are at different levels of risk when it comes to brain injuries. Children’s heads are disproportionately large compared to their necks, which enhances the impact to the skull. Kids’ brains are also underdeveloped, which inherently makes the brain injury much more severe.

On May 15, the company announced that it will begin utilizing the Rawlings Performance Rating (RPR) system, which the company describes as “a first-of-its-kind batting helmet classification system designed to educate consumers on selecting and purchasing the best option of protective headwear based on expected pitch velocities covering all levels of baseball competition.”

Coupled with the new ratings system is a new line of batting helmets that the company recently launched, each of which is associated with a different rating from the RPR system. The Rawlings S90 protects players at a higher level from pitches up to 90 miles per hour, and the pattern is the same for the Rawlings S80 and Rawlings S70 models. This series comes in addition to Rawlings’ S100 Pro Comp and original Rawlings S100 models, both of which protect against speeds of up to 100 miles per hour.

It’s impressive to see such a large company step up to the plate – no pun intended – and deliver with innovative safety products that are tailored to the different demographics that they cater to. It’s just a shame that it took this long – the NOCASE last updated its safety standards in the 1980s – before companies took matters into their own hands. However, the industry as a whole does have an incentive for increasing the standards of safety for their customers – it could potentially protect them from being named in personal injury lawsuits in the future, as Louisville Slugger was in the Domalewski case.