Racing Cars Cause Crash On I-5; Teen Ejected Onto Freeway 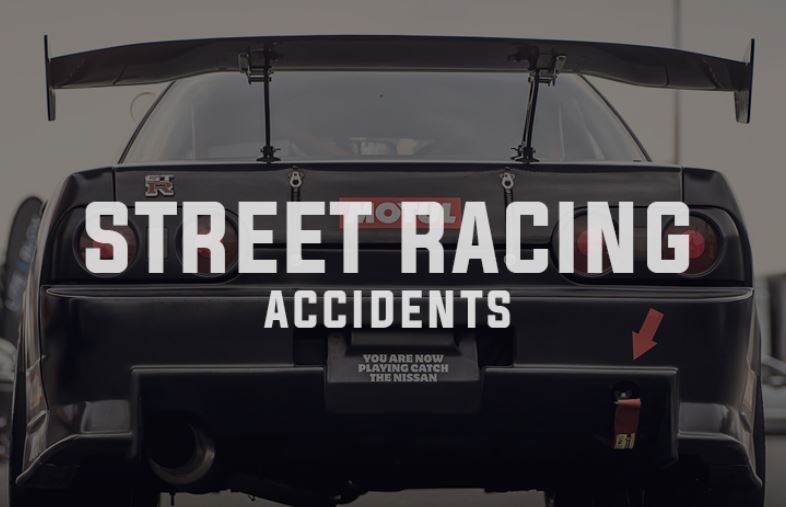 Two cars racing on Interstate 5 in Seattle caused a third car to lose control, crashing and ejecting a teenager, according to the Washington State Patrol. The incident occurred Thursday night around 10 p.m. in the northbound lanes of I-5 at 75th street.

The two racing cars cut off a BMW SUV, causing the BMW to crash into a barrier. One teen passenger in the BMW was ejected, suffering a broken leg and possible broken arm. One other passenger was injured, while the driver and a third passenger were uninjured. A fourth passenger left the scene. It is unclear whether the vehicle that was struck was involved in the racing prior to the collision.

The BMW was totaled. The two racing cars did not stop. State troopers are trying to track them down. The vehicles are described as a silver BMW X5 and another SUV.

Because of social media, the popularity of movies like the "Fast and Furious" series, and video games, street racing continues to contribute to hundreds of serious accidents each year. Though there are no statistics on street racing, police say they are on the rise.

Losing control of a vehicle on a road without barriers or walls while going more than 100 miles per hour is extremely dangerous. Reaction time and judgment are greatly decreased, and many cars pushed that limit can have a mechanical failure or blow a tire, resulting in devastating accidents and sometimes deaths.

In Washington State, as with most other states, street racing is illegal. In fact, the Revised Code of Washington (RCW) regarding street racing – RCW 46.41.530 – and reckless driving states the following:

“No person or persons may race any motor vehicle or motor vehicles upon any public highway of this state. Any person or persons who willfully compare or contest relative speeds by operation of one or more motor vehicles shall be guilty of racing, which shall constitute reckless driving under RCW 46.61.500, whether or not such speed is in excess of the maximums peed prescribed by law: PROVIDED HOWEVER, That any comparison or contest of the accuracy with which motor vehicles may be operated in terms of relative speeds not in excess of the posted maximum speed does not constitute racing.”

Street racers may also be found guilty if they’re doing the following:

Violators of RCW 46.41.530 may be charged with reckless driving, a gross misdemeanor in Washington State. A gross misdemeanor is a more serious misdemeanor charge, but not enough to be considered a felony. The offense is punishable by a fine of up to $5,000 and an additional 364 days in jail.

These offenses may also include a 30-day license suspension. Those guilty of reckless driving may also be required to purchase SR-22 insurance, required by most states for “high risk” drivers.

Injured In A Street Racing Accident?

If you or someone you love has been injured in an accident due to an illegal street racing incident, the Washington state car accident lawyers at Davis Law Group, P.S., can help you obtain compensation. In the wake of an accident, it's important that you have the resources you need to recover. Whether you need medical treatment, a doctor referral, a cash advance, compensation for medical bills, lost wages or pain and suffering, Davis Law Group will fight to get you every penny to which you are entitled.

Contact Seattle personal injury attorney Chris Davis and the Davis Law Group today if you or someone you love has been injured in an illegal street racing accident. Call (206) 727-4000, use the chat feature below or fill out the contact form on this page for a free case evaluation so we can help get you the compensation to start your recovery.