Did DOC Fail to Supervise Man Responsible for Fatal Shooting in Puyallup? 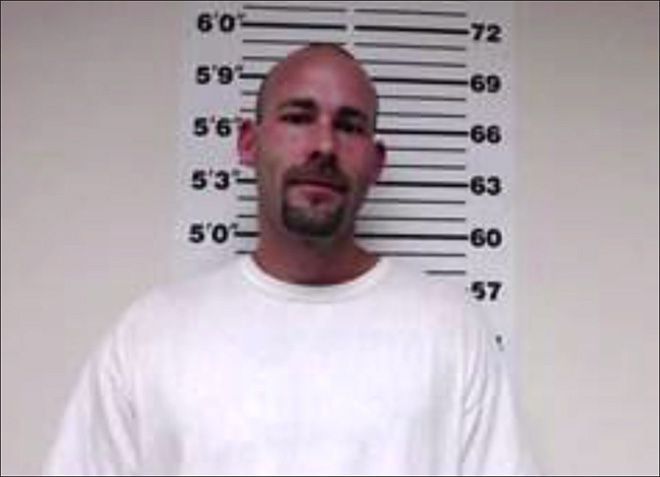 New details surrounding Tuesday’s deadly shooting in Puyallup, which took the life of a 71-year-old man, indicate that the alleged shooter had a lengthy criminal record and was being supervised by the state Department of Corrections when the shooting occurred.

According to KOMO News, Nathan Terault began a violent rampage in at around 2 p.m. Tuesday afternoon after he was spotted driving recklessly and abandoned his car on the side of a road. He then walked into a neighborhood and attempted to steal items from a pickup truck belonging to 71-year-old Richard Johnson. When Johnson tried to stop the burglary, police say Terault shot him.

Terault then began walking down the 600 block of 14th Avenue SW, firing shots at random into the air and at houses in the neighborhood. One woman says she saw Terault turn onto her street, and she was able to get everyone inside of the home just as he began firing shots at them.

Puyallup police responded to the flood of 911 calls and found Terault continuing the rampage in the 1300 block of 6th Avenue SW. The gunman began firing at officers as they arrived at the scene before running into a nearby home, where he was able to hijack the homeowner’s vehicle. Officers chased Terault for several blocks before the suspect eventually crashed near the Washington State Fairgrounds.

Terault ditched the vehicle and continued to run from police, firing several more shots and striking at least one police cruiser. A detective fired a single shot at the gunman and struck him while another officer was able to subdue him with his patrol car. Puyallup police Captain Scot Engle noted to reporters how lucky it was that more people were not hit.

“It’s simply a miracle, quite frankly, that we didn’t have officers who were killed or more citizens who were killed in this incident,” Engle said. “There were a lot of rounds fired. A lot of rounds ended up in houses in a well-populated area. We’re very, very fortunate that no one else was injured. The impact could have been much, much greater.”

According to follow-up statements from police officials, Terault had a history of violent run-ins with the law and has been convicted of seven felonies between 1997 and 2004. Details are scarce at this point, but it was reported that Terault was under supervision by the Washington state Department of Corrections (DOC) and had recently violated the terms of his probation by using methamphetamine.

Violations of probation terms can result in a variety of penalties, depending upon the nature of the violation and a number of other factors. But based on Terault’s history of violent behavior, one would think that the DOC would be concerned by any violations to the terms of his probation. It is unclear what consequences, if any, Terault may have faced by violating his probation.

From a legal standpoint, one of the most important things for investigators to determine is whether or not the DOC followed proper procedure after learning of Terault’s probation violation. If it is determined that the DOC somehow allowed Terault to remain free when he should have been apprehended, there is a chance that the DOC could then be held liable for the aftermath of Terault’s rampage.

The personal injury lawyers at Davis Law Group are well-experienced in pursuing claims on behalf of people who were victimized by a felon who was supposed to be under state supervision. Most notably, we recovered a $3.4 million settlement against the Department of Corrections in 2012 after a man was killed in a high-speed crash caused by a violent felon who was under DOC supervision at the time. You can read more details about that case by clicking here.