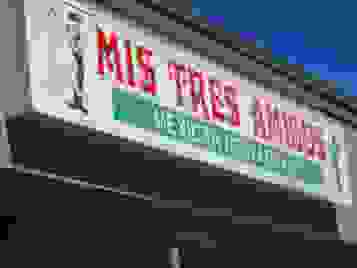 A restaurant in Puyallup was recently named as the target of a wrongful death lawsuit in relation to a young man who died after hitting his head during a party at the establishment.

Patrick Lee was 22 years old when he died at the Mis Tres Amigos restaurant in Puyallup in November 2010. According to the lawsuit, Patrick was at the restaurant attending an after-hours party hosted by the general manager that evening. Lee apparently became extremely intoxicated at the party, and the lawsuit alleges that the general manager provided him with liquor and marijuana.

According to court documents, Lee eventually became so intoxicated that he fell and hit his head on the floor, and the general manager left him in a booth at the restaurant and continued to party with friends. Lee was reportedly found unresponsive the following morning and had difficulty breathing, so the general manager and a friend took Lee to Good Samaritan Hospital in Puyallup. He would later be transferred to Harborview Medical Center in Seattle, where doctors declared him brain dead and removed life support.

Lee’s father, David Lee, is the representative of his son’s estate. Court documents show he is seeking unspecified damages from Mis Tres Amigos, a family-owned Mexican restaurant that has locations in Puyallup and Lakewood. An attorney representing Lee contends that the restaurant broke the law by serving the man liquor after hours, in addition to endangering his life by over-serving him and failing to summon medical attention when he was fatally injured.

We see wrongful death cases like these quite often, actually. Cases like this one bring up an interesting conflict in assigning blame to an entity that provides alcohol to customers who later go on to injure themselves. For example, a bar could potentially be held liable for over-serving a customer who is later involved in a DUI collision.

In this case, although we presume that Patrick Lee had voluntarily consumed a large amount of alcohol that night, the general manager’s decision to serve alcohol after-hours put the young man at risk of injury. Also, it should be common sense to call for medical attention if someone falls and hits their head and is unresponsive afterwards. The fact that the general manager of the restaurant did not summon medical help for Lee could have potentially prevented him from getting timely medical help, leading to his death.

For anyone who has experienced the wrongful death of a loved one, it is important to hire an experienced lawyer who knows how to properly handle a wrongful death action. If you have lost a loved one due to the negligence of others, call the personal injury lawyers at Davis Law Group today at 206-727-4000 to schedule a free, no-obligation consultation.