Elder Abuse is a Growing Problem. Here's how to Recognize It. 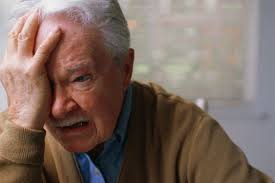 Despite a general lack of awareness in the U.S., the various forms of elder abuse have become an extremely problematic issue for many elderly Americans and their families.

The Centers for Disease Control and Prevention (CDC) says that although the true incidence of elder abuse is difficult to determine, between one and two million people over the age of 60 have been subjected to abuse, neglect or self-neglect by a person they depend on for care and/or protection.

Presence of Elder Abuse in the U.S.

One of the biggest challenges with this issue – as is the case with many other public safety issues in our country – is that it is extremely underreported, which has a resounding impact on the ability for victims to get help and escape their abusers.

The CDC also says that of 551,000 individual cases of elder abuse in 1996, only 21 percent of the cases were reported to and substantiated by Adult Protective Services (APS) agencies.

That means that as many as 79 percent of all episodes of elder abuse are either not reported to the proper authoritative agencies or that the claims are not substantiated once they have been reported. Potentially, tens of thousands of negligent entities are essentially getting away with abusing elderly people on an annual basis, and the victims are left with no legal recourse because they cannot provide proof to substantiate their claims.

Sadly, victims of elder abuse may suffer a wide range of physical, psychosocial and emotional injuries that can have varying long-term effects. There have been few studies done to analyze the potential long-term complications that can result from elder abuse, and it can be difficult for researchers to differentiate damage caused by abuse from the effects of the normal aging process.

According to the CDC, the following is a list of physical effects that may be the result of elder abuse and should send up red flags to families and loved ones of possible abuse or neglect:

The psychological injuries from elder abuse can be equally traumatic, and are often less visibly apparent which means identifying them can be much more difficult. The CDC says the following are some psychological signs to be on the lookout for:

Again, it is very important to remember that one of the most significant attributes of elder abuse – particularly in nursing homes and other assisted living facility-type settings – is that it is hard to identify. If you suspect that you or a loved one may be a victim of elder abuse, it may be in your best interest to consult with a personal injury attorney who is experienced in these types of cases.

A potential elder abuse claim requires extensive investigation and exploration of procedures and protocol for facilities that are responsible for providing care to large numbers of people. If you would like to discuss the details of your case with a Seattle personal injury law firm, contact the Davis Law Group today at 206-727-4000 or contact us online.