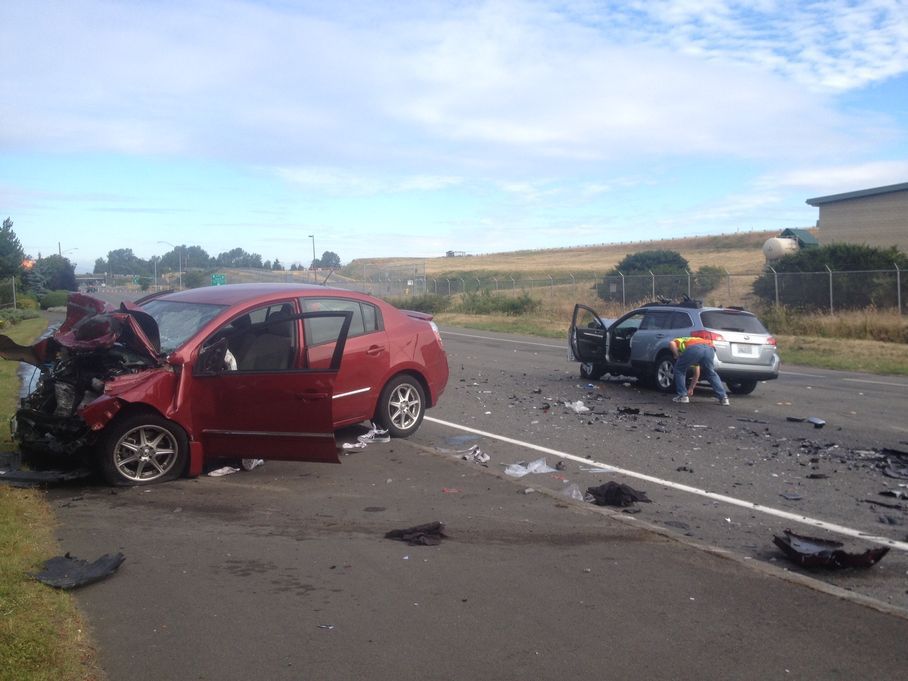 Police believe the driver who allegedly caused a serious injury head-on car crash in SeaTac on Sunday may have been under the influence of alcohol at the time of the accident.

According to KING5.com, the collision occurred at approximately 7:30 a.m. Sunday near South 188th Street, between 16th Street and Des Moines Memorial Drive. The crash reportedly shut down traffic on these roadways for hours while emergency crews worked to get the victims medical treatment for their injuries.

Police arrived on the scene of the crash to find a 22-year-old driver from Auburn in a red Nissan Sentra who appeared to be suffering from serious injuries.

A second person, identified as a 42-year-old man from Blaine who was driving a silver Subaru, was seriously injured in the crash as well. Investigators believe that the driver of the Nissan was also speeding in the moments leading up to the crash, and that he may have also been under the influence of marijuana, which was recently legalized in Washington state.

Drugs, Alcohol ‘May Have Been a Factor’ in Crash

Police found bottles of beer inside the Nissan, in addition to a small quantity of marijuana, which led them to believe that the driver was under the influence at the time.

“Can’t say there was alcohol in his system but there were beer cans in the car so we’re thinking alcohol may have been a factor,” said SeaTac Master Police Officer George Ireland.

News reports indicate that the driver of the Nissan was in critical condition at Harborview Medical Center. The other victim was also reportedly taken to Harborview and he was listed as being in serious condition.

If it is found that the driver was under the influence of alcohol or drugs at the time of the collision, then authorities will likely recommend criminal charges against him. It is typically beneficial for victims of impaired driving crashes to consult with an experienced personal injury lawyer to determine their legal rights for recovering damages and losses resulting from the collision.

Attorney Chris Davis of Davis Law Group, P.S. has authored and published several books on personal injury law, which may be useful for victims of serious accidents. To learn more about these books and to order your free copy, please visit our Washington Accident Books & Reports Library.