Police Say Drug Use Led to Fatal Crash in Bellevue 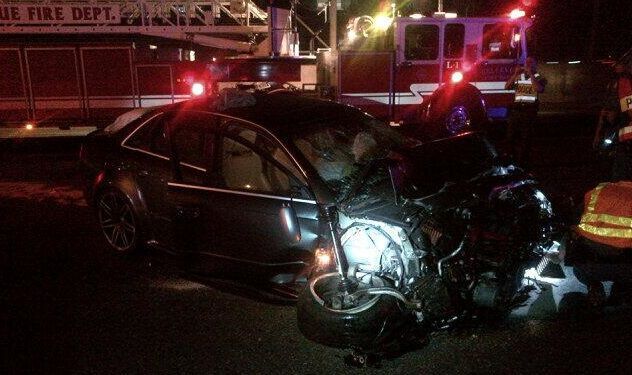 Troopers with the Washington State Patrol (WSP) say that officials believe the driver who caused Thursday night’s fatal car accident on Interstate 405 in Bellevue was under the influence of drugs at the time the accident occurred.

According to news reports, a 27-year-old man from Woodinville was driving an Audi at speeds of over 100 miles per hour when he crashed into the back of a BMW sedan. The BMW rolled over, caught fire and came to rest on the shoulder of I-405. The driver of the BMW was killed and pronounced dead at the scene of the crash.

Two other vehicles were reportedly struck and damaged in the accident, but police say that the drivers of those vehicles did not suffer any injuries as a result. The driver of the Audi and one of his passengers were both taken to Overlake Hospital Medical Center with non-life threatening injuries.

After WSP troopers had an opportunity to investigate into the circumstances of the accident, they found that the driver of the Audi was exhibiting signs of possible drug or alcohol impairment. The man remains at Overlake Hospital Medical Center and troopers say he will be jailed and likely face charges for vehicular homicide after he is released from the hospital.

A spokesperson for the Washington State Patrol says that the at-fault driver was going more than 100 miles per hour at the time the deadly crash in Bellevue occurred. The roadway was mostly blocked and caused a major backup on I-405, and troopers opened the roadway again at 3 a.m. Friday.

Situations like these are a glaring example of why it is important to carry underinsured or uninsured motorist protection on an auto insurance policy. The reality is that a drug-impaired driver puts other innocent people at serious risk of injury or death, and carrying adequate insurance company can help protect drivers against the negligence of others, such as the Woodinville man who decided to get behind the wheel while under the influence.