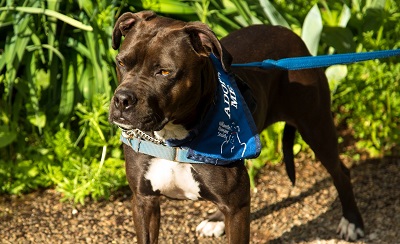 A pit bull attacked Jehovah's Witnesses on Tuesday, May 8, in Arlington, and one of the victims suffered severe injuries, according to officials.

A pit bull attacked the group of Jehovah's Witnesses at the front door of an Arlington home. One victim was a 76-year-old woman with severe injuries. She was taken by ambulance to Providence Regional Hospital in Everett.

Two relatives of the dog's owner used a tree branch to strike the pit bull to make it stop biting. The dog was beaten back, but kept attacking. The severely injured woman retreated to a truck. Authorities say the woman lost a large amount of blood.

The dog was released to the Arlington Police Department, and the dog’s owner requested that it be euthanized.

Attorney Chris Davis, a leading Seattle personal injury lawyer and founder of Seattle-based Davis Law Group, P.S., is Washington state's leading legal expert in the handling, litigation and strategy of dog bite cases. Mr. Davis is the premiere author — including articles, a book and other publications — and speaks on this subject all the time.

Just hours after the pit bull attack in Arlington, Mr. Davis appeared on Q13 Fox to offer legal commentary on the incident. The following is a transcript of Mr. Davis' appearance:

"In Washington we have what's called the dog liability statute that imposes liability against the dog owner. Certain requirements have to be met. You have to show that you were on the property with the owner's consent and that there's no provocation by the victim toward the dog. So one of the things that we look at is whether the person was on the property with the owner's consent. Now consent can be given expressly, that is 'I'm inviting you onto my property.' And it can be given impliedly. 'I'm not inviting you onto my property, but there are facts to suggest that I would allow you to come onto my property.' So for instance, if I order a package, I'm impliedly giving you consent to come on my property with the package. If my property is open to the public in general — there's no fencing, I'm impliedly granting the public to enter on my property for various reasons. Whether it's to tell me that my car door is open or whether it's to sell me something. Those cases are heavily dependent on the unique facts of each given case."

"Well that would be an issue that we have to assess. It's possible. The owner could say, 'I did not give you permission to come on my property, I did not give you permission for anybody to recruit me to their religious beliefs. But the dog bite statute is not the only way to hold someone accountable. You can hold them accountable on basic negligence principles. For instance, if the dog owner knew that he had a dangerous dog but his property was set up so that somebody could enter onto the property and the dog could attack that person, and the owner knew that that was a possibility, then it's possible to hold the dog owner responsible under general negligence principles. If the owner knows that people come onto his property from time to time and he knows that he has a dangerous dog, but he doesn't protect those people that he knows will eventually come onto his property, the owner can still be held responsible for a dog attack."

Q13: Do posted signs warning of the dog absolve the owner?

"I don't say get out of jail free, but it's certainly an important fact to consider. If the owner had 'Dangerous Dogs,' 'No Trespassing,' 'Don't Enter My Property,' a reasonable person would say, 'Hey, I probably shouldn't enter the property, there's probably a dangerous dog,' then the owner probably has the best chance of arguing that he's not responsible for his dog attacking anyone on the property that he does not invite on."

Q13: How common are these incidents?

"It happens all the time. We're just getting into the season right now, the dog bite attack season in the spring, when the dogs become more aware of what's going on in their environment, they're outside more often. There's more people outside because of the weather visiting other people's properties. This is the season where we see more and more of these incidents."

Q13: When is OK to have a dog used as protection?

"Certainly if there's an intruder, certainly if there's a burglar. Certainly if your property, it's clear from a reasonable expectation that your property is closed off and you should not be entering onto the property. Usually that requires fencing, signs are a good idea. For instance, if you see somebody in your fenced backyard and they've got a hood on and they shouldn't be there and they look suspicious, allowing your dog to chase that person off would probably be well within the law."

Q13: What other issues are at play in this case?

"What I've learned is that the dog actually escaped a fenced in enclosure on the property. That's significant because what it tells me is that the owner likely knew the dog was dangerous to people it didn't know, and that the owner failed to take reasonable precautions to make sure the dog couldn't escape. Most dogs that are confined in an enclosure are done so because the owner doesn't want the dog to get out. If the dog is able to get out, that raises some evidence that the owner might've been negligent, failed to exercise reasonable care to keep their dog away from people that might visit the property."

Q13: What if you own a dangerous dog?

"Under the law, if you know your dog is dangerous, then you have a legal obligation to make sure that it doesn't hurt anyone that may come onto your property with your consent. Those are questions that need to be answered in the Arlington case. If there's a history of this dog biting, attacking or acting dangerous in some way, that increases the odds that this owner is likely responsible for the attack on these Jehovah's Witnesses."

Mr. Davis and the legal team at Davis Law Group know how much harm dog bites — particularly from pit bulls — can cause. These attacks can be long lasting and put physical and emotional scars on their victims.

Dog bites in Washington state are subject to strict liability. That means the owner is responsible for controlling the dog and for whatever injuries the dog causes. When a child or adult is attacked by a dog, the victim is not to blame.

The injuries that come from a pit bull attack are wide-ranging. Severe injuries may include gouging, nerve damage, broken bones, and significant scarring. Davis Law Group has represented many victims of dog bite cases, and we often hear that the worst injuries are the psychological scars that remain long after the attack.

At Davis Law Group, we understand how serious these attacks are. When the victims are small children or the elderly, we believe they should receive fair compensation for their injuries.Unfortunately, insurance companies often do not see these incidents the same way victims do. Insurance adjusters may try and minimize the damages and tell you the injuries you sustained are not serious. Quick and cheap settlements mean more money in the insurance company's pockets. Often the full extent of the damages in these cases can't be determined for a long time. Showing patience and consulting with an experienced dog bite attorney may be the best decision you ever make.

If you or a loved one has suffered from a dog bite or attack, contact our law firm today. The consultation is free for all personal injury cases. We represent victims across Washington state. Call (206) 727-4000, use the chat feature below or fill out the form on this page.

Click on the image above to order a free copy of "When the Dog Bites: The Essential Guide to Dog Bite Claims in Washington." The book explores the legal rights of dog bite victims and addresses common insurance questions for dog owners and bite victims.