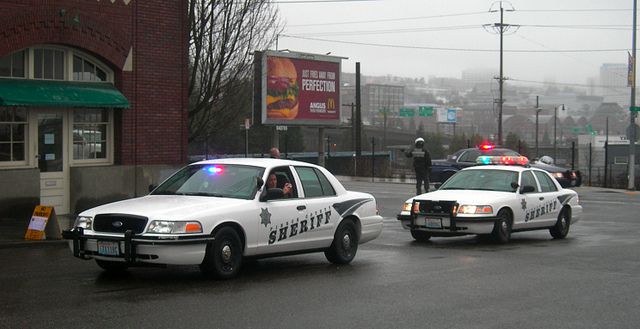 Pierce County recently agreed to pay $1.65 million to settle a wrongful death lawsuit regarding the death of a 61-year-old man from Fircrest who was killed after being struck by an on-duty sheriff’s deputy’s patrol car.

According to the lawsuit, 61-year-old Dale Neel was riding a moped-style scooter home from work near South Tacoma just before 7 p.m. in September 2011 when Deputy Jason Smith struck him with his patrol car. Smith had been en-route to a “potential felony attempting to elude a police vehicle” call, according to sheriff’s spokesman Ed Troyer, and had activated his siren and lights.

Collision was a ‘Tragic Accident’

Neel was reportedly in the center turn lane on Emerson Street in Fircrest waiting to turn left onto Woodside Drive when he either heard or saw Smith’s patrol vehicle and attempted to move over to the right curb to get out of the way of the emergency vehicle. Court documents show that Smith was driving in the opposite direction and moved into the lane that Neel had gone into.

Smith’s patrol vehicle then crashed into Neel’s moped, jumped up over the curb and went through two fences before crashing into a tree and coming to a rest. Smith suffered moderate injuries in the collision but has recovered and returned to his job, according to sheriff’s spokesman Ed Troyer.

Neel was critically injured and was transported to a nearby hospital, where he later died of his injuries. Although Smith was responding to an emergency call, the lawsuit alleged that he was driving above the posted 35 mph speed limit and drove in a negligent and reckless manner.

“They both went to the same spot at the same time,” Troyer said. “This was a tragic accident which resulted in the loss of life, and for that the department has offered its condolences to the family of Mr. Neel with the hope that this settlement will bring some peace and closure to the matter.”