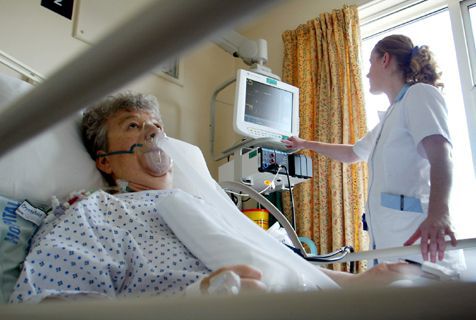 In 2011, a 63-year-old Pierce County oncologist and his wife were indicted on more than 20 counts of healthcare fraud, obstruction of justice and money laundering after they were found to have engaged in a complex scheme of overbilling healthcare programs.

A police investigation revealed 63-year-old Alfred Chan and his wife, 62-year-old Judy Chan, would allegedly report higher levels of treatment and administration of medication to Medicare and other healthcare programs than was actually performed on his patients.

Court records allege that Mr. Chan would destroy records of actual medication and treatment that were performed in the clinic and then recreate records with larger amounts than what was performed. The fraudulent scheme allegedly began in 2006 and provided about $1.7 million in additional income to the Chans’ clinic.

Prosecutors say that Judy Chan knowingly prepared the bills with inflated amounts and submitted them to Medicare and other programs. Once the couple learned they were being investigated for healthcare fraud, they deliberately hid assets from the government and failed to declare them on financial records.

On the criminal side of the law, the Chans are undoubtedly in hot water over this highly profitable scheme. They are potentially facing 20 years in prison on the charges, and have reportedly fled the country to China to evade prosecution.

But an even bigger problem with this case is the number of innocent patients that could have potentially been put at risk of injury or illness because of the Chans’ fraud scheme. Although court documents show that Chan was mostly just overbilling healthcare programs – rather than actually administering higher amounts of medication or performing unnecessary procedures – his primary focus was clearly profiting from the scheme, rather than providing his patients with adequate care.

In one particular case, Dr. Chan once diagnosed a 69-year-old man with multiple myeloma and entered the patient into a six-month chemotherapy program. However, in April 2011 the patient received a letter from the U.S. Department of Justice alerting him of the Chans’ deceptive business practices and advised him to seek out a new doctor.

This was apparently the first time that the patient had heard anything out of the ordinary about Dr. Chan’s clinic, and after consulting with another doctor he was told that he never even had cancer in the first place.

The false diagnosis and unnecessary medical treatment alone caused significant emotional and mental trauma for this man. But he is also facing costly medical bills because of the unnecessary procedures that he paid for, and because Chan has left the country the victim’s options for legal recourse become complicated.