People Pushing Vehicle on I-5 Struck by Car in Marysville 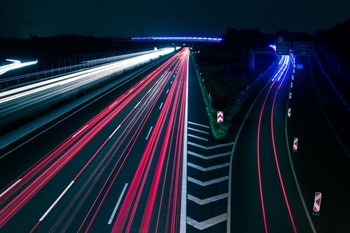 Two people pushing an SUV on Interstate 5 in Marysville were injured early Sunday when they were hit by a passing car, according to the Washington State Patrol.

The incident occurred at 2:16 a.m. A 35-year-old Longview woman and a 25-year-old Bellevue man were pushing a GMC Jimmy in lane one of I-5. A 27-year-old Marysville man in a Kia Forte allegedly hit the Jimmy and the two pedestrians.

The woman who was pushing the car had severe injuries and was taken to Providence Regional Medical Center Everett. The other man was injured and released to Quil Ceda Casino.

Neither driver was injured. Driving under the influence of drugs or alcohol is believed to have been a factor in the crash, police say. Vehicular assault charges were filed.

The collision remains under investigation.

After a serious car accident involving life-changing injuries, victims and their families are often left with many questions and a pile of medical bills. Additionally, the victim has often missed extensive time from work and faces an uncertain future.

If someone else was at-fault for your accident, make sure you have someone on your side protecting your financial future. By hiring an attorney to represent you after a car accident, you can focus on your physical and mental recovery while the attorney and their legal team work to get you the most compensation possible.

Damages can be significant after an accident, and there’s no exact formula for determining how much money an individual will receive for their injuries. A lawyer can direct you in the right direction and do everything possible to present the best case to the insurance company for you.

Don’t wait another minute to contact an attorney. Not doing so could be the difference in thousands of dollars.