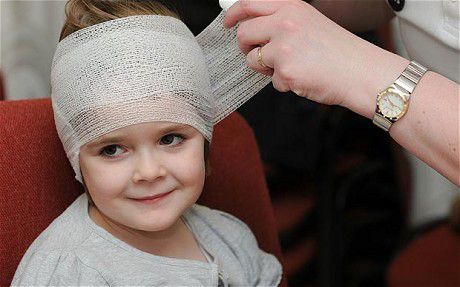 Medical malpractice, particularly regarding pediatricians and children, has become a hot button issue as more and more cases of child injuries and even abuse come to light in the United States.

As we have discussed elaborately in the past, every medical patient is entitled to a reasonable expectation that they will receive competent medical attention while under the care of licensed medical professionals. People who take their infants and young children to see a pediatrician expect that they will receive a high standard of care, but sometimes that trust is betrayed by acts of negligence and carelessness.

There are many mistakes that can be made in the treatment and diagnosis of an infant or young child, but many pediatric medical malpractice cases stem from misdiagnosis or delayed diagnosis. Negligent pediatricians can lower the trajectories of children by exacerbating health issues.

For one mother in New York, this became a reality after a simple trip to the doctor's office. The woman had brought her then six-month-old daughter in with a cough, fever and sore throat. The doctor reportedly diagnosed adenoiditis, a relatively easy-to-treat virus.

According to court documents, however, the baby developed diarrhea and vomiting – things that are not consistent with adenoiditis – two days later and the mother returned for a follow-up visit. The fever had increased and the baby had lost significant weight, yet the doctor sent the baby home again. The child experienced worsening symptoms over the next few days, and the doctor finally prescribed Phenobarbital and noted the possibility of a virus or urinary tract infection.

The following day, the mother and infant were at a family holiday party when the child began suffering a severe seizure, followed by hypoxia on the cab ride to the hospital. The child was not expected to survive the episode, but regained consciousness shortly after. However the damage was done and the child, now 15 years old, has been hospitalized several times for seizures since infancy.

Responsibility of Pediatricians to Diagnose and Follow-Up

The mother hired an attorney to pursue a medical malpractice claim, who filed a lawsuit against the pediatricians office on the grounds that negligence caused the infant’s injuries and subsequent disability. The lawsuit claimed that the pediatricians’ failure to properly diagnose and hospitalize the child resulted in the long-term care and medical attention that she now requires.

The representing attorney brought in a medical expert to determine how the child’s injuries could have possibly been prevented. Court records show that the expert found there were lapses in communication of information about the patient, and that the infant’s significant loss in body weight over just a couple of days should have been a flagrant sign that the child was suffering severe dehydration and should have been hospitalized to treat the symptoms.

The plaintiff’s attorneys found that the pediatricians office, who was affiliated with several hospitals in the area, had not admitted a single child patient to the hospital over the previous three years. The plaintiff also contended that the defendant had failed to pass the board certification exam twice, and was not board certified.

The jury awarded a total of $8 million to the plaintiff, which accounted for $5 million in medical costs and $3 million for pain and suffering. While this scenario is truly heartbreaking for the plaintiff and the family, at least the mother will be able to financially provide the care that her child needs for the rest of her life.