Pedestrian Struck by Vehicle on Aurora Bridge near Seattle 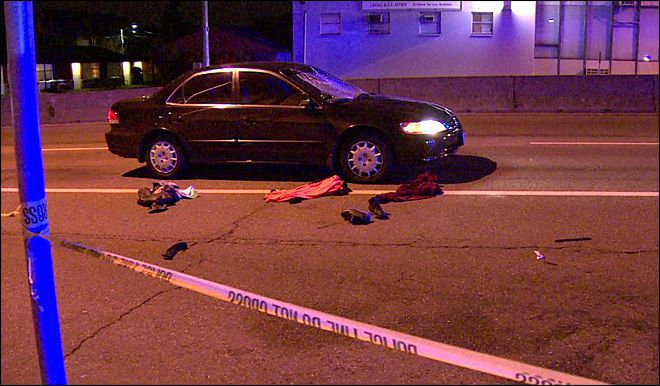 A male pedestrian was taken to Harborview Medical Center after being struck by a car while he was crossing the street on Aurora Avenue North near Seattle Monday night.

According to police, a man in his 40s was crossing the street near the 4400 block of Aurora Avenue North at approximately 6 p.m. Monday. Reports also indicate that the man was not in a crosswalk at the time of the collision.

The driver reportedly cooperated with investigators and was interviewed by police, likely to determine if driver impairment played a role in the crash. The driver did not suffer any injuries in the collision, according to news reports.

What to Do After a Pedestrian Collision

Immediately after a collision between a vehicle and a pedestrian, it is important to remain calm, stay focused on what just happened and the wellbeing of others. Staying calm and communicating with the appropriate parties is not only beneficial to any potentially injured parties, but it can also minimize your liability.

All drivers should understand the basic rules to collisions such as who’s at fault, how compensation works for accident victims and – ultimately – how to avoid these preventable accidents.

If any parties are injured, medical help needs to be called immediately to come to the scene, and any driver responsible for causing a pedestrian accident is legally required to summon medical aid for those who were injured. If there is a possibility that anyone at the scene suffered significant injuries, then it is always a good idea to call 911 in order to assist those injured people.

In addition to attempting to get medical help for any injured people, there are a number of additional tips that can be useful for a person who has been involved in a pedestrian accident in Washington state:

Pedestrian accidents can be deadly, there’s no doubt about that. But there are also a number of steps that both drivers and pedestrians alike can take to minimize the risk of serious injury to everyone. Not only does this help prevent innocent pedestrians from being injured, but it also reduces the chances that a motorist will have to face criminal charges and deal with the guilt associated with seriously injuring someone.