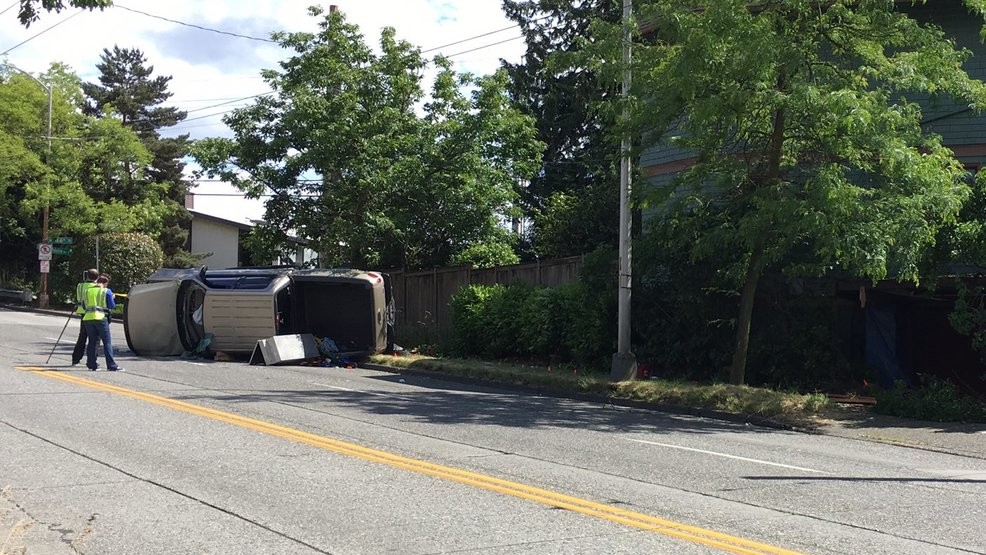 A pedestrian was struck by a vehicle in Seattle’s Ballard neighborhood on Friday afternoon. The crash happened at approximately 1:30 p.m. near the intersection of N. Market Street and N. 46th Street. Police arrived at the scene to find a vehicle on its side and an injured pedestrian.

The pedestrian suffered serious injuries and was transported to Harborview Medical Center in Seattle. The driver of the overturned vehicle suffered minor injuries and received treatment at the scene.

Police arrested the driver, suspecting that drugs or alcohol could have been factors in the collision. They will be conducting a vehicular assault investigation.

(Image: Investigators at the scene of the crash in Ballard. Image source: KOMO News)

What Happens Next After A Suspected DUI Crash

The injured victims of drug and alcohol abusers have a long road ahead of them. In addition to recovering from their injuries, they may be involved in a criminal investigation and possibly a trial. In order to get their medical bills, time off work, and other expenses paid, they will also be navigating the confusing world of insurance claims.

In a case like this one, the criminal investigation will be handled by law enforcement officials. Once the suspect is no longer in immediate medical danger, police will conduct tests to try to figure out whether the driver was intoxicated. This may include a field sobriety test at the scene, a Breathalyzer test, or a blood draw and toxicology analysis.

It may take weeks or months for toxicology test results to come back. Toxicology labs handle a high case load, and forensic scientists must test for the presence of many different possible intoxicants. If evidence of intoxication is found, the suspect will face a trial and sentencing. The injured victim may be asked to prepare a victim impact statement that will be read by the court at the time of sentencing.

A severely injured victim may also choose to hire an experienced drunk driving accident attorney to help deal with insurance and, if necessary, file a lawsuit. While the criminal court system’s goal is the punishment and rehabilitation of criminals, civil cases are intended to help an injured person seek restitution.

They’re not intended as punishment, and it’s rare for victims to be paid out of a criminal’s personal assets; their damages are usually paid by an insurance company. In some personal injury cases involving drunk drivers, a personal injury attorney might also file a dram shop claim against a bar if it is found that they over-served the defendant at-fault driver.

If you’ve been injured in a crash involving a drunk or drugged driver, it’s a good idea to speak with a personal injury attorney about your legal rights. Davis Law Group, P.S., offers free case reviews for accident victims, and when you hire us, you won’t be asked to pay up front. We work on a contingency fee basis, which means that fees are collected from any settlement or verdict we recover.

To find out more about your legal rights, you can use our convenient chat feature, use our confidential contact form, or call (206) 727-4000.