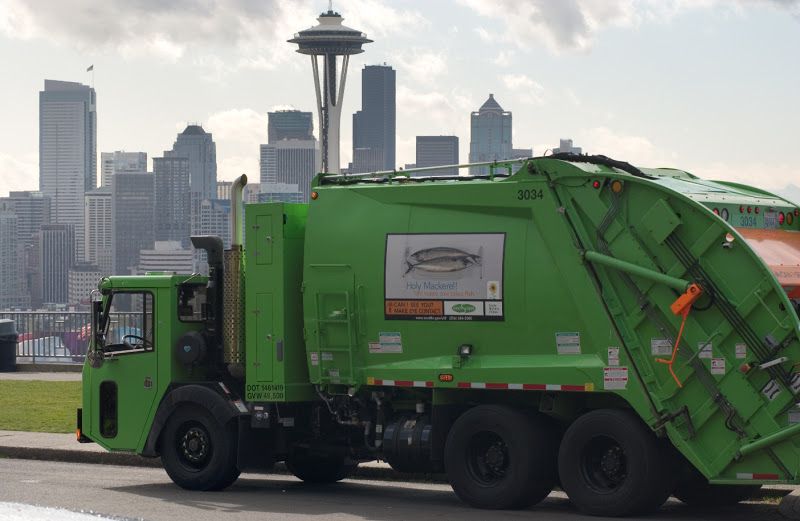 UPDATE (8/6/14): Police have determined that the vehicle responsible for causing a fatal pedestrian accident in downtown Seattle last week was a Recology CleanScapes vehicle, and that the driver did not realize that he had struck the pedestrian before he drove away from the scene.

The pedestrian has also been identified as 42-year-old Seattle resident Rebecca A. Scollard.

Following up with reporters about the status of their investigation, Seattle police spokesman Drew Fowler said that they do not believe the commercial vehicle driver was aware that he had struck Scollard, likely due to the size of the vehicle.

“There’s no evidence there was an intent to commit a crime,” Fowler told reporters. The name of the driver involved in the incident has not been released.

ORIGINAL STORY: Seattle police are investigating a possible hit-and-run collision after a female pedestrian was killed in an accident with a truck last Thursday in downtown Seattle.

According to news reports, a pedestrian was crossing the street near the 800 block of James Street when a large commercial truck struck her in the intersection. The vehicle did not stop at the scene of the accident, and officials say the woman was dragged for nearly a block before she somehow became dislodged from the truck.

Medics and police received multiple calls about the serious accident and arrived to find the woman dead at the scene. Although the vehicle failed to stop after it had struck the pedestrian, police are still working to determine if this was actually an intentional hit-and-run case.

“We haven’t determined if there was any malice involved,” said Seattle Police Department official Drew Fowler. “The driver may not have known that they’d struck anybody.”

Serious trucking accidents can lead to life-changing injuries, and it is important to consult with an experienced attorney after an accident. Call Davis Law Group at (206) 727-4000 to request a free legal consultation with our attorneys.