Pedestrian in Wheelchair Struck and Killed in Seattle 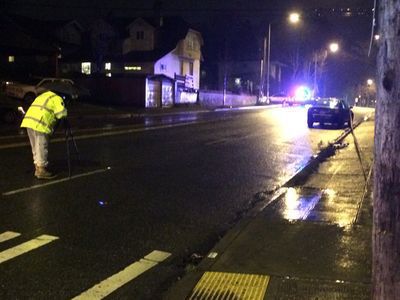 A man was killed Thursday evening after being struck by a van while crossing the street in a wheelchair.

The collision occurred just after 9 pm when according to witnesses the man in the wheelchair attempted to cross the road against a walk signal.

The man who was in his 50's was transported to Harborview where he later died of his injuries.

The driver of the van did not appear to be intoxicated at the scene, no further information has been released at this time.

Pedestrian Accidents and the Law

Pedestrian accidents are some of the most serious cases Davis Law Group works with due to the nature of the disparity between a vehicle traveling at speed and an unprotected pedestrian.

Unfortunately pedestrian accidents commonly cause injuries to the head and spine areas lending to their very high rates of serious injury or death.

For accident victims like the man in this story, their case is complicated by the fact that while they were in a marked crosswalk, they were crossing against the light and could be accused of jaywalking.

Thankfully, jaywalking does not necessarily mean they have no claim against the driver that struck them, it does however open up a conversation of comparative negligence.

Essentially, if it is undisputed that the pedestrian was jaywalking at the time of the collision, the case could be made that they were at least in some part negligent in causing the collision. This however does not remove the obligation from the driver to reasonably attempt to avoid the accident.

If the driver is later found to have been distracted, speeding, or otherwise negligent in their actions, the balance of comparative negligence would then again begin to shift.

If you or a loved one have been hurt in a pedestrian accident seeking all available and recommended medical treatment and continuing to follow up with care is vital to establishing a clear path to recovery and picture of damage caused. While gaps in care can happen as a result of expenses or complications, these gaps may be used by insurance companies to question the validity or severalty of injuries sustained.

Additionally gathering facts and information from the scene however you can in crucial to building the foundation for your claim as things like pictures of the scene, of the damaged vehicles or access to witnesses may not be able to be collected if not gathered immediately after the crash.

Thankfully in most serious injury accidents police reports contain much of the information you will need to build a claim, but having additional information if you are able to collect it will only help your case.

If you or a loved one have been injured in a pedestrian accident and you have questions about the recovery process, Davis Law Group is here to help with free case evaluations offered to accident victims with no obligation to sign.

To request your case evaluation with the expert pedestrian and wrongful death attorneys at Davis Law Group call 206-727-4000 or use the chat or contact options on this page today.