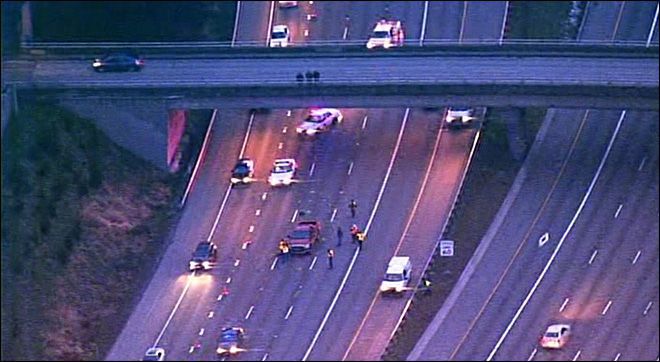 A man in his 30s was hospitalized and listed in critical condition Tuesday morning after he was hit by at least two vehicles while trying to cross southbound Interstate 5 near Everett.

According to the Washington State Patrol (WSP), the pedestrian was on the shoulder of I-5 near the 75th Street SE freeway overpass just after 5 a.m. Tuesday. He attempted to cross the interstate in front of a man driving a Ford F-150 pickup truck when it was still dark outside, according to the WSP.

The truck driver attempted to swerve out of the way of the pedestrian, and the side mirror of the vehicle ended up striking the man. That impact disoriented him and he was eventually struck by at least one more vehicle traveling in the same direction as the truck.

Several motorists witnessed the pedestrian accident as it happened and all believe that the man was simply trying to cross the freeway, though there are no additional details about what exactly he was doing.

After the accident, the man was transported to Harborview Medical Center in downtown Seattle to be treated for his injuries. The man was breathing but listed in “very critical” condition, according to trooper Mark Francis.