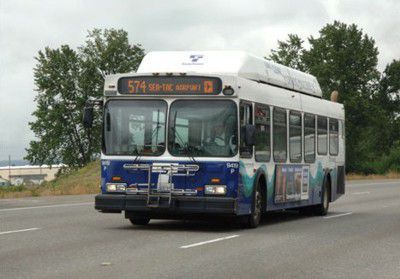 A 43-year-old man was killed Wednesday evening when a Sound Transit Express bus struck him at Westlake Avenue and Blanchard Street near South Lake Union, according to Seattle Police. The man was pronounced dead on the scene.

Reports said the man crossing Westlake Avenue from west to east when the bus turned and he was knocked down then run over by the back of the bus. The bus driver was not aware he hit the man and continued driving. Sound Transit dispatchers contacted the driver to make him stop.

A street car operator witnessed the scene and called 911. Another witness told the Seattle Times that, “it just looked like neither person was paying attention.”

The bus driver was interviewed and a drug recognition expert found no signs of impairment.

An experienced pedestrian accident lawyer can help you better understand your legal rights and options after an accident and help you determine the best course of action for you and your family.

At Davis Law Group, P.S., our team of Seattle personal injury attorneys work on a contingency fee basis which means you don't owe any attorney's fees until we have successfully resolved your case. We will also review your case free of charge, with no obligation to hire us. Use the form on this page or call (206) 727-4000 to get started.