Pedestrian Hurt after being Hit by SUV near Northgate Mall 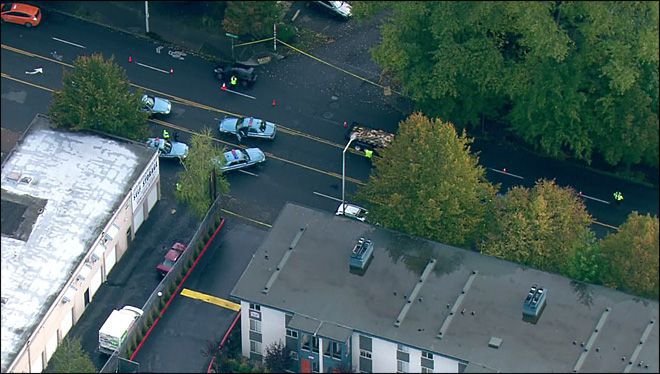 A female pedestrian suffered serious and possibly life-threatening injuries after being struck by an SUV while she was crossing the road near Northgate Mall Monday morning.

According to KOMONews.com, the woman was crossing the roadway at Roosevelt way near 108th Street in Seattle. Police received reports of a seriously injured pedestrian at approximately 10 a.m. and responded to the scene.

The woman was found still in the roadway with what officials say were potentially life-threatening injuries. The pedestrian was immediately rushed to Harborview Medical Center to receive treatment for her injuries, but her condition was unclear.

Police said that the driver who struck the pedestrian remained at the scene and cooperated with investigators, which has been a bit of a rarity in pedestrian accidents near the Seattle area as of late.

In this instance, however, it would appear that the woman may have been crossing the roadway in an area where there was no pedestrian traffic signal or marked crosswalk. The following excerpt of the Washington Administrative Code (WAC 504-14-940) addresses the rules for these types of situations:

(3) No pedestrian shall suddenly leave a curb or other place of safety and walk or run into the path of a vehicle which is so close that it is impossible for the driver to yield.

(4) Pedestrians who are between adjacent intersections at which traffic control signals are in operation must not cross at any place except in a marked crosswalk.

Ultimately, it will be important for investigators to determine the exact sequence of events that led up to this particular collision in order to determine fault. Per the WAC referenced above, if the woman had already begun entering the roadway well before the vehicle approached, then she may have had the right to be crossing at this particular time.