Pedestrians Fined $112 after Being Hit in Crosswalk by Trooper 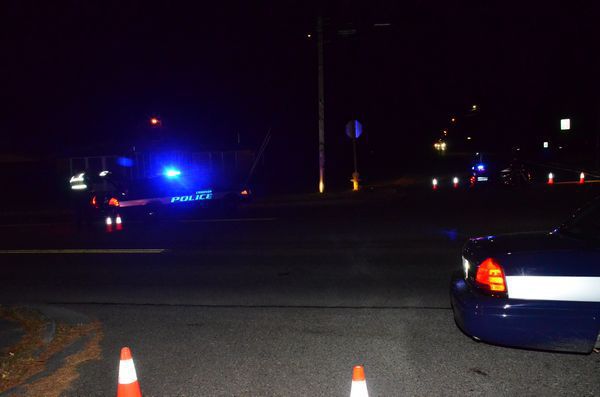 Officials with the Washington State Patrol (WSP) say a trooper who struck two pedestrians with his patrol car in a Bellingham crosswalk in December won’t face any charges for his role in the accident.

According to The Bellingham Herald, 31-year-old Aaron Connors-Driftmier and 21-year-old Lauren Keenan were walking along Lakeway Drive in Bellingham in December 2014 after visiting a bar. Reports indicate that the trooper struck around 1 a.m. and that it was dark, lightly raining, and that the two were wearing dark clothing at the time.

Connors-Driftmier and Keenan had reportedly stopped and pressed the crosswalk button at the intersection of Lakeway Drive and the onramp to southbound Interstate 5.

The pedestrians claimed they didn’t see any cars coming, so they decided to cross the road against the “do not cross” signal.

An incident report states that the two were halfway through the crosswalk when a marked Washington State Patrol squad car made a left-hand turn from westbound Lakeway Drive and struck them in the intersection.

Injuries and Liability from Pedestrian Collision

Both parties were significantly injured in the pedestrian accident; Connors-Driftmier landed on the hood of the car and rolled off into the pavement. He was later diagnosed with undisclosed injuries to his leg and neck. Keenan suffered a closed head injury and torn ligaments in her knee. She had to miss over a full week at work without pay to recover from her injuries.

WSP officials spent months investigating the incident in order to determine if the trooper should face any discipline as a result. According to the Herald, 55-year-old trooper Brian D. Thompson “did not face any administrative consequences or criminal charges” for his role in the crash.

The two injured pedestrians, however, were each issued a $112 ticket for jaywalking. The pair admit that they were in the wrong for illegally crossing the street, they believe Thompson should be held partially accountable as well.

NEXT UP: How To Get Through a Pedestrian Crash Case