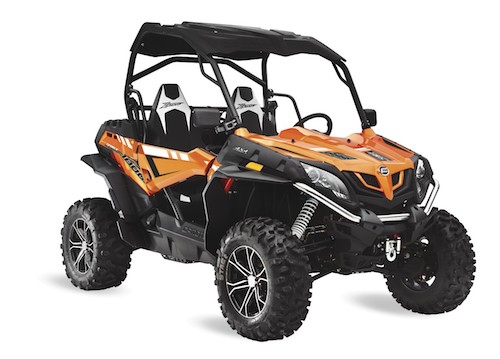 A passenger on an all-terrain vehicle was injured after crashing into a tree in the Peaceful Valley area of eastern Whatcom County on Sunday, June 24, according to the Washington State Patrol.

A 34-year-old Ferndale man was driving an ATV with a passenger on unimproved trails* two miles north of Peaceful Valley and Deep Valley Drive. The ATV, a 2018 orange CFMOTO ZForce, crashed into a tree at 8:38 p.m.

The passenger, a 31-year-old Maple Falls man, was taken to Harborview Medical Center in Seattle with injuries. Both men were wearing seatbelts, but neither had a helmet.

The driver of the ATV is suspected of driving under the influence. He was treated for his injuries and booked into Whatcom County Jail on vehicular assault charges.

*An unimproved trail, also known as a fire road or a jeep trail, is a multiple-use trail that can be used by park rangers or fire-fighting vehicles.

DUI a Common Cause of ATV Accidents

Just like automobile accidents, there are nearly countless causes of all-terrain (ATV) accidents.

Statistics show that alcohol and drug use is involved in 30 percent of all ATV crashes. And yes, DUI/DWI laws do apply to ATVs.

Rural areas of Washington state are great for all-terrain vehicles. Unfortunately, irresponsible or negligent drivers of ATVs frequently cause their passengers serious injury or death.

Passengers on an ATV run the risk of severe injury and potential death if involved in an accident where the driver strikes a pole or tree. The family of the injured passenger may be eligible to file a Washington state personal injury claim if their loved one was a passenger on another person's ATV. If they can prove driver negligence led to the accident, they may be able to hold the driver liable for the medical bills, lost wages, pain and suffering, etc.

Injured passengers in ATV accidents have a right to sue the ATV driver if they believe the driver was negligent, and that negligence resulted in injuries. You have a duty to contact your own car insurance company. Doing so will assure that if you aren’t reimbursed from a third party source, your car insurance company will pay for your damages.

Successful preparation of an injury claim will require review of medical records and conversations with doctors who can predict the long-term. After a Washington state ATV accident, lawyer advocacy is likely to play a key role in the injured person's overall recovery plan.

Mr. Davis has been practicing law in our state for nearly 25 years. Davis Law Group’s mission is to help bring fair and just financial compensation to injured people and their families. Please contact a lawyer at our Seattle office today to schedule a free case evaluation after an ATV accident.