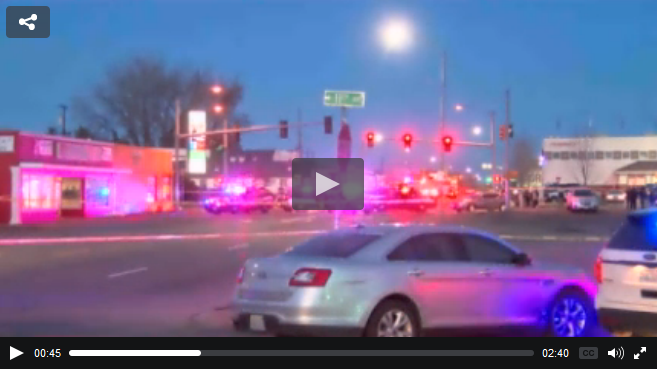 According to multiple reports from CBS's Pasco affiliate KEPR, police arrived at the intersection of 10th Avenue and West Lewis Street at approximately 5 p.m. Tuesday after receiving reports of a disturbance involving a male suspect who was allegedly throwing rocks at passing vehicles. A news release from the Pasco Police Department further explains the officers’ take on the situation:

At about 5:10 pm Pasco Police arrived in the area of 10th and Lewis in response to a complaint of a disturbance where a male was throwing rocks at cars. As officers made contact with the male suspect a confrontation started. Two officers were assaulted by the suspect and a Tazer was used but not successfully.

The suspect continued to not comply with the officers and at one point threatened them, forcing the officers to fire their handgun. The male died at the scene.

At this time three Pasco Officers were involved in this incident and have been placed on administrative leave as is standard policy. The Tri City Special Investigative Unit is investigating the shooting. The Washington State Patrol Crime Lab is processing the forensics at the scene.

The suspect is an adult Hispanic male whose information will be released by the Franklin County Coroner’s Officer.

Protesters began marching outside of Pasco City Hall on Wednesday afternoon, chanting “We want justice” in English and Spanish, according to KEPR’s report. A ceremonial vigil was also reportedly held in memory of Zambrano-Montes in downtown Pasco Wednesday evening.

This is the fourth officer-involved shooting to take place in the city of Pasco over the past seven months, according to KEPR. The suspects in each of those instances were armed with either a firearm or knife, and investigation into the use of force was reportedly justified and the officers were cleared and returned to duty.

Clearly there are a number of unanswered questions surrounding the circumstances and factors that may have contributed to this tragic incident. The officers involved in the shooting have been placed on administrative leave – which officials say is standard policy – pending the outcome of an investigation being conducted by the Tri City Special Investigative Unit and the Washington State Patrol Crime Lab.

We welcome your thoughts and opinions on this particular incident. Please share your comments using the form below: