Paraglider Killed in Accident Near Chelan 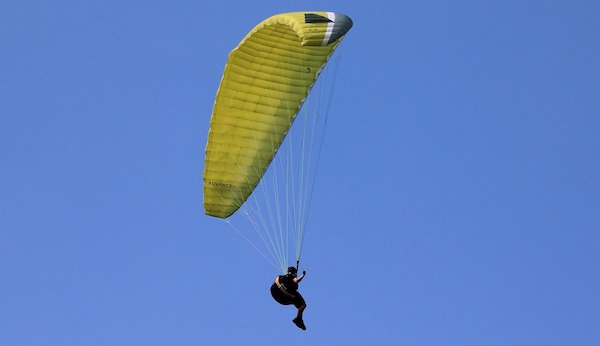 A paraglider was killed after he lost control of his glider and crashed onto a highway near Chelan on Sunday night, according to the Washington State Patrol.

The incident occurred around 8:40 p.m. on Highway 97A two miles east of Chelan.

The paraglider, a 40-year-old Idaho man, was found deceased on the highway. A preliminary investigation found that the man had taken off from Deer Mountain. He lost control and crashed onto the highway.

Further information is not available. The incident remains under investigation.

June 5, 2018: A man was seriously injured in a paragliding accident at Fort Ebey State Park in Coupeville. The paraglider plummeted about 30 to 35 feet.

Oct. 26, 2017: A man was injured when a two-seated powered paraglider raft hit electric lines and crashed in Mabton in Yakima County.

June 23, 2017: A Vancouver man died while paragliding off Dog Mountain in Skamania County after his parachute became tangled and collapsed.

July 13, 2016: A man was killed in a paragliding accident at a popular Skagit County overlook. He was paragliding over Samish Bay at Samish Overlook in Bow when his parachute collapsed and fell.

July 17, 2014: A man was killed when his paraglider chute collapsed and he plummeted rapidly to the ground in an accident in Chelan Butte.

It’s no secret that most fatal paragliding accidents are a result of human error. But when it is the instructor who makes a grossly negligent error, your life could be put at risk.

If wrongful death occurs due to the negligence of a paragliding company or instructor, they may be held liable for damages

Signing a waiver does not give the paragliding company the right to be negligent. If you or a loved one has been injured after signing a waiver, it does not mean that you cannot seek legal action for damages.

Contact the Seattle-based Davis Law Group, P.S., today to seek compensation for you or a loved one’s injuries. For a free case evaluation, call (206) 727-4000, use the chat feature below or fill out the form on this page.