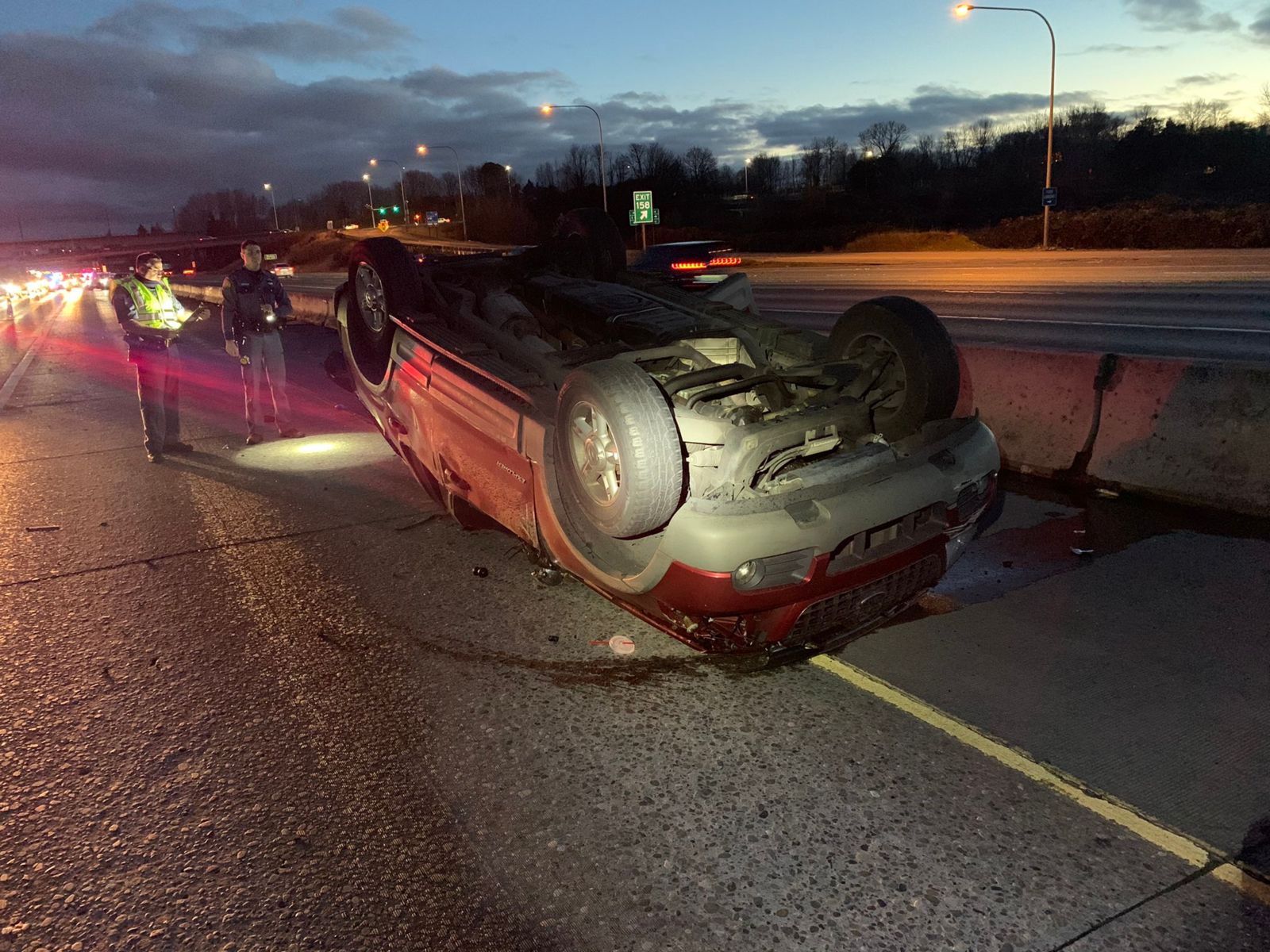 According to a state trooper Rick Johnson, the accident took place when the driver of one SUV struck another, causing the second vehicle and its four occupants to roll over, before the driver of the first vehicle fled the scene on foot.

Here are photos of two cars involved in the collision on I5 and MLK. The driver of the Silver SUV fled the scene after causing the collision. Three passengers in the red SUV were injured. The driver had a serious head injury and all were transported. Detectives are on scene now. pic.twitter.com/nHvmyTZQld

Investigators closed two lanes of I-5 at the scene for some time after the accident to investigate the scene and have not identified the at fault driver or what may have caused the accident at this time.

Thankfully it appears that while the vehicle that rolled had four occupants, only one was seriously injured, with initial reporting indicating that the other three were all checked into a near by hospital with minor injuries.

SUV's like both the vehicles involved in this accident are most frequently involved in rollover accidents due to their higher center of gravity.

Rollover accident victims should primarily seek out any and all medical care necessary after an accident and understand that as an accident victim there may be several options available to them to pay for the care they are receiving.

The fact that the apparent at-fault driver, in this case, was reported to have fled the scene could indicate several things but most important for their victim is the potential lack of insurance, in which case the victims own uninsured/ underinsured motorist coverage if carried would become crucial to making a complete recovery.

If you or a loved one have been injured in any kind of accident, and have questions about your claim, the award-winning team of car accident attorneys at Davis Law Group are here to help, offering free case evaluations to accident victims and their loved ones.

To request your free case evaluation today call 206-727-4000 or use the chat or contact options on this page 24-hours a day, seven days a week.