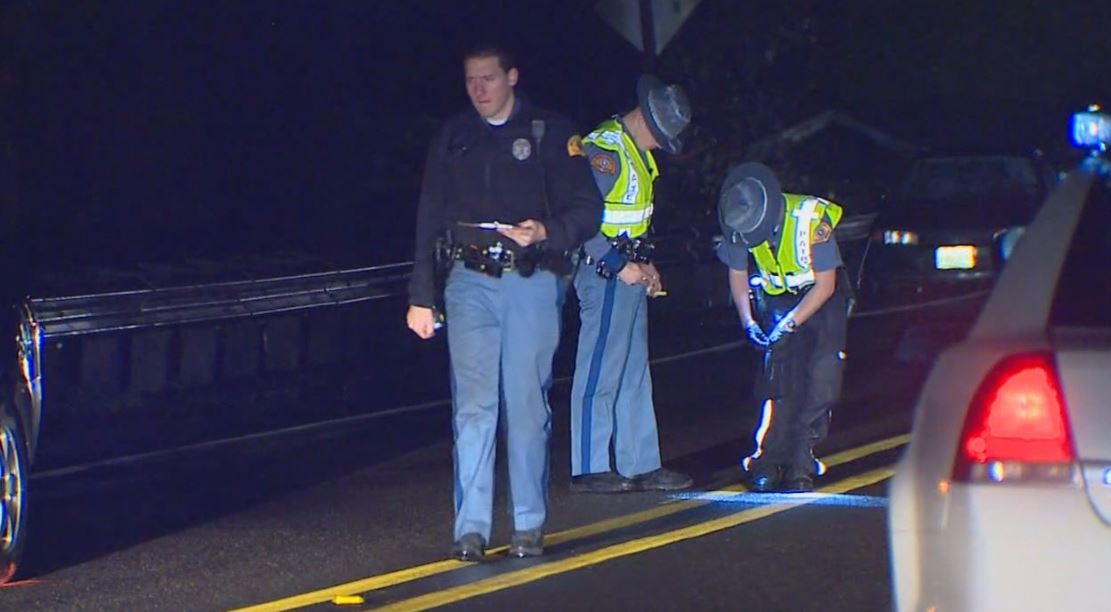 Emergency responders at the scene of an accident involving a Good Samaritan in Snohomish county. Image source: KOMO News

Multiple people who stopped to assist after wrecks in Snohomish county were struck by vehicles on Sunday. The two crashes occurred just 20 minutes apart.

In the first car accident, a pickup truck driver slammed into a guard rail on Highway 530. Police believe that the driver was drunk at the time of the accident. A woman who was passing by stopped to help a 9-year-old child out of the wrecked pickup truck. As she was helping the child to get away from the scene of the accident, a second car slammed into both of them. The Good Samaritan died at the scene, and the child sustained an injury to her ankle.

Two more Good Samaritans were injured after they stopped to assist at the scene of an accident in which a pickup truck had lost a tire and veered sideways in the westbound lane of Highway 2. A car traveling in the opposite direction slammed into both of them was they were helping the driver of the pickup truck. Both sustained serious injuries. A third person was injured in the crash, but declined treatment at the scene.

When you’re approaching collision scenes, focus on driving not on the collision off to the side because driving is a divided attention task. If you’re distracted by looking outside the vehicle, it’s the same as being distracted in your vehicle looking at your phone. What I would urge people to do is if you feel you need to pull over and help out, you gotta be cognizant of your surroundings. People aren’t gonna necessarily see you. They’re not anticipating a collision.

What is a Good Samaritan?

“Good Samaritans,” or non-professional or off-the-clock volunteers who stop to assist an injured victim at the scene of a crash, have special protections under the law. In Washington State, anyone who offers first aid, CPR, or similar assistant to an injured person as a volunteer is not considered a medical professional or professional rescuer. So long as the help they provide is not willfully negligent or reckless, they are protected against being held legally liable for the outcome of the assistance that they give. Good Samaritans in Washington State also will not face charges for drug possession if they call 911 to report an overdose.

Our state’s laws give Good Samaritans these protections because lawmakers want to encourage people to stop and help in any way they can if they see that someone is hurt or in a dangerous position. These protections are in place to encourage bystanders to take action in serious situations, rather than hesitating because they are afraid of potential legal penalties.

The two drivers who struck these Good Samaritans may face traffic citations or criminal charges if police believe that their recklessness on the road rose to the level of a criminal offense. The pickup truck driver who was suspected of driving while drunk may also face charges for driving while under the influence or vehicular assault.

The at-fault drivers may also be found responsible for causing injuries or wrongful death in civil court. The civil court system does not exist to punish drivers in the same way that a criminal court can assign punishments; the purpose of this court system is to help injured people and bereaved families collect damages after an accident. As long as a Good Samaritan does not put themselves in an unreasonably dangerous position while trying to help after an accident, the injuries they sustained in a crash would not put them at fault for being struck by a vehicle.

If you have any questions about an injury that you or someone else sustained while acting as a Good Samaritan, it is a good idea to speak with an experienced personal injury lawyer. Many people who are injured in these situations do not understand their legal rights, or believe that they have no legal recourse after an injury.