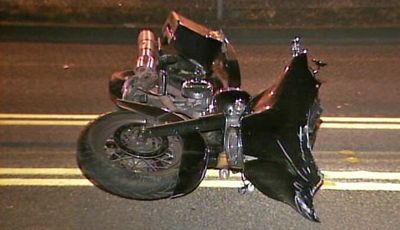 An Oak Harbor man died at Harborview Medical Center Friday evening after being seriously injured in a motorcycle accident on North Whidbey Island.

According to news reports, the 30-year-old motorcyclist was driving his motorcycle northbound on Oak Harbor Road just after 5:30 p.m. Friday when he crashed into an Isuzu Rodeo SUV that was in the roadway. The motorcyclist has since been identified as Steven Johnson of Oak Harbor.

Police investigators say that the driver of the Isuzu Rodeo, 27-year-old Nichole Morrow, was pulling out of her driveway onto Oak Harbor Road at the time that Johnson was riding by. In the official collision report, troopers noted that the cause of the crash was Morrow’s failure to yield to Johnson’s motorcycle.

Johnson was immediately rushed from the scene to Harborview Medical Center in Seattle for treatment of life-threatening injuries. He died shortly after arriving at Harborview, according to officials.

No Criminal Charges Expected Against Driver

The collision report also says that troopers do not believe there was any evidence of impairment from alcohol or drugs playing a role in the crash. A trooper told reporters that they do not expect to file criminal charges against Morrow.

For Johnson’s surviving family members and loved ones, the fact that troopers are unlikely to pursue criminal charges may feel unjust considering that he was killed due to her possible negligence in failing to yield. Johnson was wearing his motorcycle helmet at the time of the crash, and there is no information suggesting he could have done anything to avoid the collision.

It is very important for accident victims and their loved ones to understand that the lack of criminal charges does not prevent a surviving family member from pursuing a wrongful death claim through the civil justice system. In fact, many people find that pursuing a civil claim is the only way to truly achieve justice for the injury or death of a loved one, particularly in cases when criminal charges are not filed.