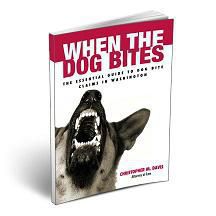 The North Chicago Police Department has reached a $40,000 settlement relating to a police dog bite incident that left a 23-year-old man with serious injuries.

According to the Chicago Tribune, 23-year-old Walter Wrather was driving without a license in April 2011 when Officer William Bogdala officer attempted to pull him over. Wrather evaded arrest and eventually attempted to ditch the car and run away from Bogdala on foot, prompting the officer to release a police dog to track down the suspect.

According to court records, Bogdala allegedly commanded the dog to chase and bite Wrather and allowed the dog to continue attacking the suspect when it was not necessary. The attack left Wrather with severe dog bite injuries and a fractured bone in his calf. Wrather hired an experienced dog bite attorney for his case, who successfully negotiated a $40,000 settlement for the victim.

Have you been injured from a police dog bite? If you or a loved one has been a victim of a dog bite, contact the Davis Law Group at 206-727-4000 today to discuss the potential value of your claim. The consultation is free and the advice could make all the difference in your claim.