No Fix to 'Missing Link' of Burke-Gilman Trail Before 2016 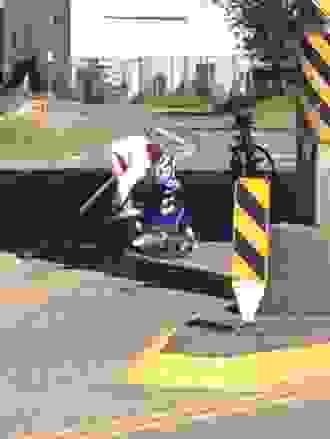 City officials say they will be unable to begin safety improvements for one of the most dangerous bicycling areas in Seattle anytime before 2016 due to a legislative rule that requires an evaluation of possible environmental impacts, according to a recent news report from KING5 News.

The City of Seattle had previously agreed on a plan to allocate public funds for a reconstruction project that would address the “missing link” portion of the Burke-Gilman Trail. Bicycle advocates applauded the move, as that particular section of the trail has been known as a danger to Seattle bicyclists for years.

The recent news report states, however, that a condition which requires the completion of an environmental impact study (EIS) will prevent any work from being done on the missing link before “at least 2016.”

It’s bad news for the tens of thousands of bicyclists who rely on the Burke-Gilman Trail to get around, as the missing link portion of the trail has resulted in countless injuries to bikers over the years. Advocates have been pushing for improvements to the area for years now, but obstacles in planning and funding the project have made it difficult.

What’s Up with the Missing Link?

The issues surrounding this portion of the trail include heavy flows of car and truck traffic, which makes it difficult for bicyclists to pass through without being exposed to the dangers of fast-moving motor vehicles. There’s also a large section of railroad tracks that can snag riders’ tires and cause them to be ejected from their bikes.

According to the KING5 article, nearby business are used to seeing at least one person per day suffer significant injuries from crashing on their bikes. If you haven’t heard of how dangerous the missing link section of the trail is, you should check out this blog post from The Seattle Bike Blog, which contains a series of photos of several riders who have fallen victim to the missing link.

The city has since completed a temporary bikeway that directs riders to cross the train tracks at a perpendicular angle, which is designed to prevent the tracks from swallowing up bike tires. While helpful, it’s simply a band-aid for a much larger issue but should at least reduce the risk of injury to some extent.

With 2016 being a bit of a wait for the countless bicyclists who have made Seattle one of the most popular bicycling cities in the country, it’s sad to know that many more people will likely be injured before the problem is fixed. All we can do is hope that the city uses that time to ensure that all possible issues with the missing link are addressed appropriately and bicyclists aren’t put at risk of serious injury.

If you've been injured in a bike crash, contact Davis Law Group.