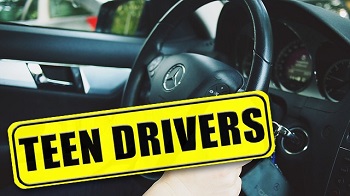 This week is National Teen Driver Safety Week (Oct. 15-21), and according to AAA, car crashes remain the leading cause of death for teens across the country.

According to the National Highway Traffic Safety Administration, 1,972 teen passenger-vehicle drivers (15 to 18 years old) were involved in fatal crashes, resulting in 2,207 deaths, in the year 2015. An estimated 99,000 teen drivers were injured in crashes in 2015.

Looking for the cause of those crashes? In 2015, nearly 20 percent of teen drivers involved in a fatal crash had been drinking.

Distracted driving is also a major cause of fatal and non-fatal teen collisions. In 2015, there were 272 teens killed in distracted-affected crashes. That’s 11 percent of all teen motor vehicle crash fatalities.

Here are the 2016 teen driver accident statistics for Washington State:

Here are some additional teen driving statistics from a report by the Washington Traffic Safety Commission’s Traffic Research & Data Center: 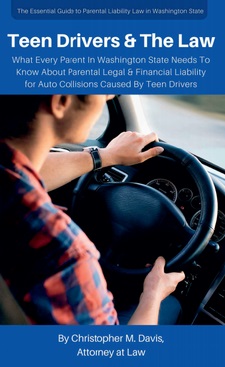 As a parent himself, Attorney Chris Davis of Davis Law Group, P.S., knows that the teenage years are stressful enough without additional worries about what parents might be responsible for if a teenager gets into an accident while driving the family car. Mr. Davis is the author of the booklet "Teen Drivers & The Law: What Every Parent in Washington State Needs To Know About Parental Legal and Financial Liability For Auto Collisions Caused By Teen Drivers."

The booklet covers common questions about how insurance works when a teenager is driving the family car, whether parents are financially liable for damage caused by a teenager, special laws and restrictions that apply to minors in Washington State, and other legal considerations that parents need to know.

Individual booklets are available for parents of teenagers in Washington State. To order your free booklet, go to our order page for parents. These booklets are completely free through Davis Law Group’s Washington Accident Books™ program; parents do not have to pay for anything.

If you or a loved one has been seriously injured in a car accident in Washington State, Davis Law Group at (206) 727-4000, use the chat feature below or fill out the contact form on this page to schedule your free legal consultation.