Naked Bicycle Accidents: How to Cover Your (Legal) Butt 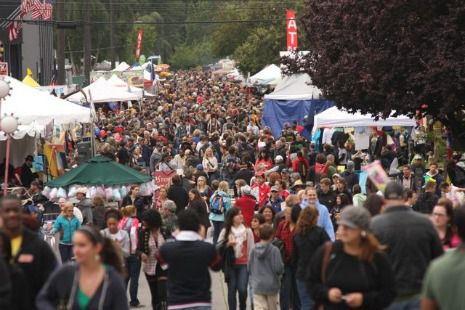 Saturday is the Fremont Solstice Parade & Celebration in honor of the inaugural day of summer and a day that begs the question: can “the Seattle Freeze” really exist in a city with an annual naked bike ride?

The Painted Bike Ride, a name that really buries the lede, is most notably a 'clothing-optional' part of the annual Solstice Parade. Cyclists typically wear a smile, striking body paint, and nothing else during one of the coolest festivals in the country. Davis Law Group has represented victims of bicycle accidents throughout Washington state for more than 20 years, and Chris Davis even wrote a book about bicycle accident laws that accident victims can order for free.

To go with the theme we thought we would offer:

10 Useful Tips If You're Involved in a Naked Bicycle Accident

2. If you’re in an accident call the police. Don’t worry; they know you’re going to be naked for the festival! The police will investigate the scene and make note of useful information that may come in handy should you make an injury claim.

3. See a doctor quickly if you’re hurt. A professional doctor should record your injuries for documentation. You don’t have to worry about wearing clean underwear.

4. Have a camera or a phone with you. One of the biggest mistakes a cyclist, naked or somehow not naked, can make is failing to document their wounds. But what if you have no place to carry a camera? You’re “pedaling” nudity. It’s a good bet that others will be able to lend a lens.

5. Don’t give a recorded statement. The at-fault party’s insurance company might try to convince you that this is a necessary step to getting the claim started. It’s actually not required, and this bike ride proves you have nothing to hide.

6. Don’t sign insurance company forms. They’re just protecting themselves with this paperwork. Tell them you left your pen where you left your inhibitions!

7. Keep everything. Write down all pertinent details, such as license plate numbers and phone numbers of witnesses while everything’s still fresh. You might be tempted to rely on your noggin (hopefully being naked on a bicycle would stand out in a witness's mind) but memories tend to blur over time.

8. Take your time! The insurance company will typically try to hustle you into a settlement as quickly as possible, but think about it like this: Did you ride nakedly around Fremont on a day other than the solstice? No! You waited for the first day of summer. You waited for the solstice. You’re patient. Take the long view so your compensation can match your recovery.

9. Consult an attorney. Usually a skilled attorney can help you navigate the pitfalls your insurance company sets up to not paying you. And because of contingency fees (which means your lawyer only gets paid if you do) they won’t take the lack-of-a-shirt off your back.

10. Be wary of social media. In the parade you’re a free-spirited Seattleite expressing your individuality. But on Tumblr and Facebook, an insurance adjuster might reblog your pics and use them to deny your claim because you appeared healthy enough to lift something as heavy as a coat of paint.