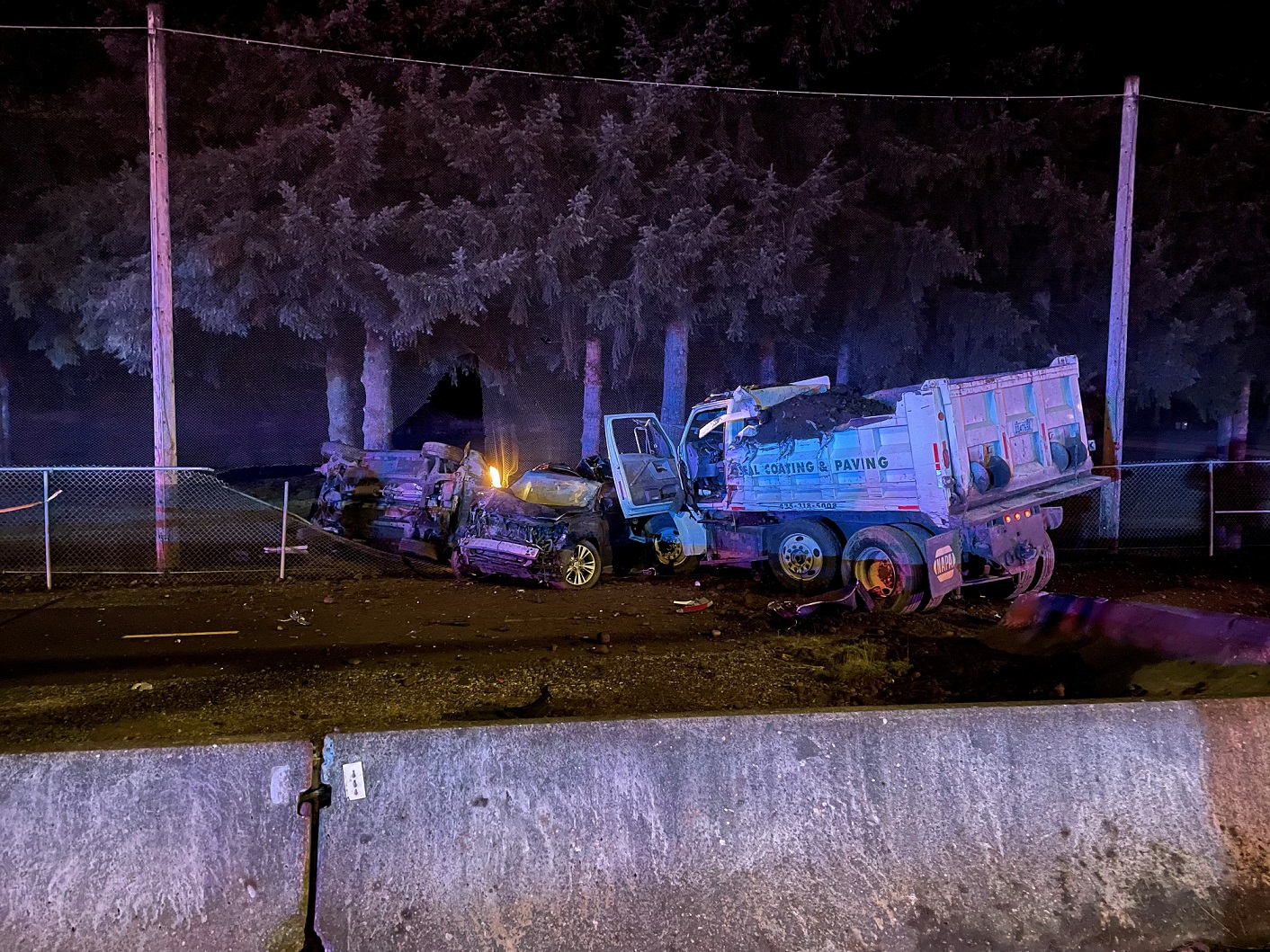 A dump truck lost control Thursday evening before striking a metro bus and several other vehicles causing multiple injuries and closing that section of the Valley highway for hours.

According to investigators, the dump truck was traveling down 140th Ave SE toward the valley highway when it is believed a mechanical failure caused the truck to lose control as it plowed through the intersection, striking the back of a King County Metro Bus and several other vehicles before driving off the road and stopping in the adjacent golf course.

First responders initially considered the incident an MCI, or mass casualty incident due to the number and nature of vehicles involved but as of Friday, there have been six reported injuries including one person in critical condition, two in serious, and two more with minor injuries.

The driver of the dump truck was reportedly among those badly injured in the collisions and was found in the middle of the intersection unconscious, leading investigators to believe he was not wearing his seatbelt.

The Metro Bus was not carrying any passengers at the time of the collision but the driver was among those injured at the scene.

The valley highway was shut down for several hours Thursday night while investigators cleared the scene and collected information for the ongoing investigation.

First and foremost it is incredibly fortunate that as of writing the have been no reported deaths as a result of this collision especially considering the involvement of a Metro Bus that just happened to be empty at the time of the collision.

Thankfully the initial mass casualty distinction appears to have been inaccurate and there have not been any fatalities as a result to this point.

Fatalities or not, this accident left multiple people hospitalized with serious, potentially life-altering injuries and all due to a mechanical failure of the dump truck according to initial reports.

The fact that the collision was potentially due to a mechanical failure changes the nature of this crash from the standpoint of its victims, especially for the driver of the dump truck who would otherwise be likely presumed at fault, but could be found to be as blameless a victim as anyone else depending on the facts uncovered.

Complex commercial vehicle accidents like this require a high level of experience and attention to detail that and the fact that there are more than five injured parties as well only raises the stakes further for each individual victim's claim.

Experienced car accident attorneys like the team at Davis Law Group understand what it takes to prove commercial liability after a crash and know the strict standards for maintenance and care companies driving these vehicles may be bound to uphold.

If you or a loved one have been injured in a commercial vehicle accident you can request a free case evaluation from the team at Davis Law Group 24-hours a day seven days a week by calling 206-727-4000 or using the chat or contact options on this page.