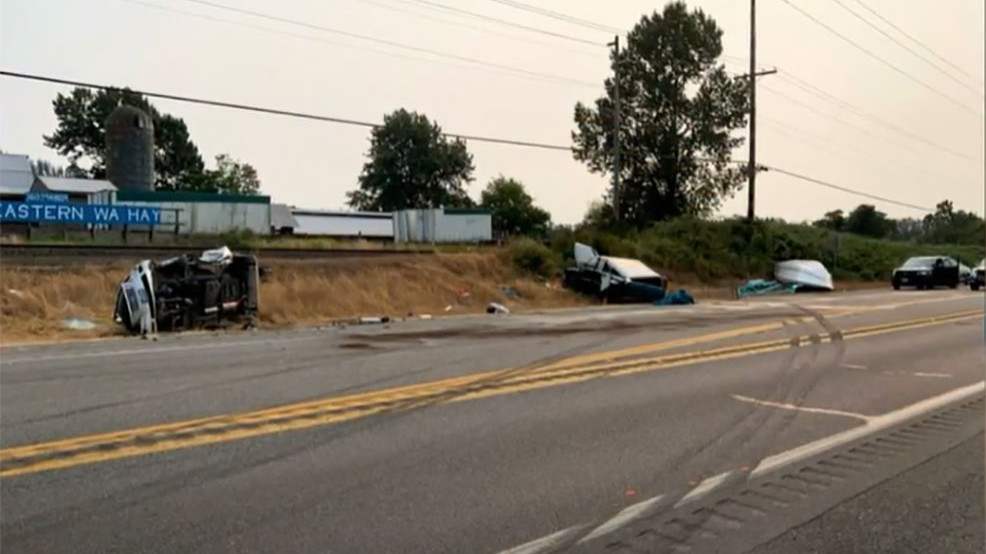 A multi-vehicle crash on Highway 2 near Monroe left 9 people injured on Sunday afternoon.

The incident took place at the Sofie Road intersection around 3:35pm.

Troopers and medics arrived to find three involved vehicles. Nine people, ranging in age, were found to be injured, some minorly and some seriously. According to reports, seven of the nine people had to be transported to the hospital, while the other two were treated at the scene.

Troopers conducted a preliminary investigation that found that a Toyota that was heading north on Sofie road turned left onto Highway 2 without yielding to oncoming traffic and was hit by a pickup truck.

That initial impact led the pickup to lose control and veer into eastbound traffic which then caused a head-on collision with a Honda. The pickup ended up on the shoulder of the road while the Honda landed on its side.

The conditions of the nine people who were injured are unknown.

The Recovery Process After a Mass Injury Accident

Recovering a fair settlement after an accident is difficult enough when there is only one party involved. The more vehicles or injured parties involved in a collision, the more complicated the settlement process can be.

This complicating factor could prove beneficial for victims, however, due to the potential for additional policies being made available to make a claim against, increasing the total recovery amount available to the victims.

Victims need to be wary through this process and understand that whether it is a single policy paying out all claims, or multiple, there is still only so much insurance available to all victims and in the negotiations, the process can quickly evolve into slicing increasingly smaller and smaller slices of the pie for accident victims.

Most insurance policies do not carry a per accident limit beyond 2-4 individual victim maximum's meaning that some victims may end up with little to nothing after once all claims are paid out.

That’s why accident victims should always look to consult with a highly experienced car accident attorney like the team at Davis Law Group, in order to best understand their rights and the right path forward for their claim.

To request a free case evaluation accident victims or their loved ones can call 206-727-4000 or use the chat or contact options on this page 24-hours a day, seven days a week.