Motorcyclist Killed in Crash on I-5 in Seattle 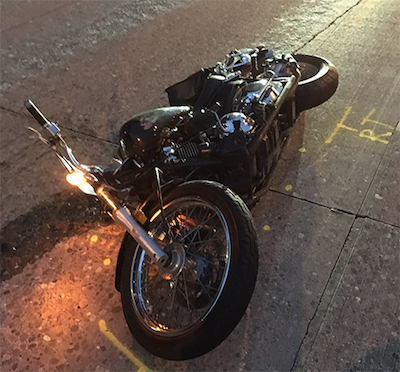 A motorcycle rider was killed in a crash on Interstate 5 north in downtown Seattle early Thursday morning, according to the Washington State Patrol.

The incident occurred just before 5:30 a.m. near Mercer Street.

Police say the motorcycle was the only vehicle involved and that speed may have been a factor. There is no word yet what led up to the crash.

The victim has been identified as a 58-year-old man.

Three left lanes were initially blocked for the investigation. Two lanes were later reopened around 8 a.m., but by then the backup had stretch seven miles.

The crash remains under investigation. Further details are not available at this time.

Motorcycle accidents can happen in a split-second, and more often than not they result in serious injuries or fatalities. Motorcyclists are not afforded the same protection as people driving cars, and therefore pay the price in accidents.

When determining the strength of a motorcycle accident claim, the first factor that must be addressed is fault. If you hope to secure financial compensation for your injuries, your accident must have been caused by another person or party’s negligence to justify your claim. The most common examples include distracted drivers veering into your lane, drunk drivers hitting you, your brakes giving out, or poor road maintenance.

Fault may be shared in these accidents, and your total compensation will reflect the portion of blame that you hold. For example, if you were 60 percent at fault for an accident, you will only recover 40 percent of a potential $100,000 settlement.

Motorcycle crashes often require the skills of an experienced injury attorney. A lawyer with a background in motorcycle accidents will know the insurance issues involved, how to investigate the collision, and what experts to hire to prove your case.

Our attorneys at Davis Law Group are available to discuss your case in-person or via phone. Call (206) 727-4000 to arrange for a free case evaluation to discuss your motorcycle accident today. Feel free to also fill out the contact form on this page or use the chat feature.