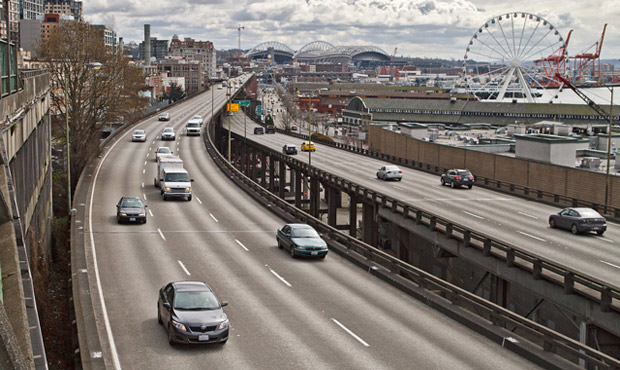 On the evening of Saturday, March 11th, police were called to the scene of a crash on the Alaskan Way Viaduct. The accident, which happened at approximately 9:40 pm, involved a motorcyclist who was traveling northbound on the viaduct. According to witnesses, the driver of the motorcycle lost control and struck a barrier. He then fell off the viaduct onto the surface street beneath it.

Although Seattle Fire arrived at the scene and provided emergency care, they were not able to revive the crash victim.

Investigators closed the viaduct and some surface streets below it while they conducted an investigation. The Seattle Police Department has not released details about the victim or confirmed the cause of the crash, but they have stated that they believe speed was a likely factor in the collision.

Saturday’s crash wasn’t the first time that an accident on the viaduct created a hazard on the street below. Although the elevated highway does have guard rails, numerous crashes have necessitated large emergency responses and traffic-crunching street closures after large vehicles spilled their loads or tipped over on the viaduct. Just last year, witnesses recorded a crashed semi-truck dropping crabs from the viaduct to the street below.

For years, city officials have known that the viaduct is also incredibly vulnerable to earthquakes. The structure was damaged in the 2001 Nisqually quake. Scientists believe that a larger quake than the 2001 event could result in a catastrophic failure of the structure. Computer simulations have predicted that its weakened supports would fail as the soil under them liquefies in a quake, causing the elevated lanes to collapse.

Fortunately, the viaduct won’t be around for much longer. Seattle’s giant tunnel-boring machine, nicknamed Bertha, has entered its final stretch after years of delays and technical issues. A stretch of the southern section of the viaduct has already been demolished. If all goes as planned, the viaduct will be torn down in 2018.

A few citizens have raised protests about the demolition of the viaduct, but most Seattleites agree that demolishing the aging structure is the right move for the city. Its tunnel replacement will be, hopefully, better able to withstand earthquakes. Accidents in the tunnel won’t cause hazards on the surface streets above it. The demolition of the viaduct will also open up views of the waterfront that had been blocked by the bulky structure, and the city plans other changes to the area to make it more pedestrian friendly.

If you have been involved in a motorcycle crash, contact Davis Law Group.