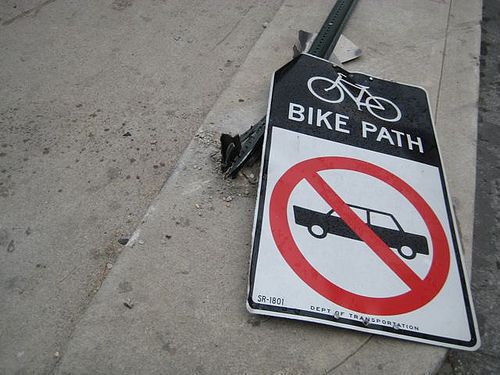 A motorcyclist and bicyclist were seriously injured after being involved in a multi-vehicle accident Friday near the Seattle waterfront.

Police officials are saying that a taxi cab, bicyclist, motorcyclist and a parked vehicle were all involved in a collision near Alaskan Way and Broad Street in Seattle at about 5:30 p.m. March 1. The motorcyclist and the bicyclist involved in the collision sustained the worst injuries. They were both transported to Harborview Medical Center, according to the Seattle Fire Department.

The accident reportedly caused southbound Highway 99 to be shut down for the later part of Friday evening. Seattle police are still investigating the original cause of the accident, which has not yet been determined.

Bicyclists and motorcyclists each inherit an increased risk of serious injury and death in the event that they are involved in a collision. The lack of physical protection from the rest of the road is the primary reason for this increased risk.

Bicycling during the evening time is especially dangerous in a large city such as Seattle, and though there is infrastructure in place to accommodate bicyclists, the system is not perfect. And as a result, bicyclists are especially vulnerable to being injured by other vehicles on the roadway.

For additional tips and information about safe bicycling in Seattle, check out the Seattle Bike Blog website here.

If you have been involved in a bicycle accident, contact Davis Law Group.