The study was conducted by researchers at Brown University. The study found that motorcycle riders who were at least 60 years old were approximately 2.5 times more likely to require emergency room treatment for injuries from a motorcycle accident than riders who were in their 20s and 30s. 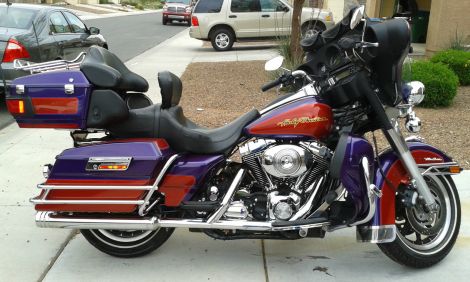 The middle-aged population of motorcyclists was better off than the 60-year-old group, but those riders were still 66 percent more likely than younger riders to end up hospitalized with serious injuries from a crash.

“There are always some risks involved with motorcycles,” says Tracy Jackson, a doctoral student of epidemiology at Brown University and the lead author of the study. “But there may be some physical factors that make older riders more prone to being in an accident, or more prone to injury.”

According to the study, bone fractures are the most common type of injuries that riders typically sustain in motorcycle accidents, regardless of the rider’s age. But Jackson’s study found that older riders were more likely to suffer fractures to the upper trunk – otherwise known as the torso – than younger riders. Jackson says that younger riders were more likely to sustain arm breaks than older riders.

The study acknowledged that there are multiple factors at play when determining the reasoning behind these statistics. For one, declining bone strength is common in older people, which is going to increase the chances of broken bones in a motorcycle accident. Delayed reaction time and declining vision are also natural occurrences that come with age and can impact a motorcyclist’s ability to avoid a collision.

In the United States, an estimated 25 percent of all motorcycle riders are age 50 or older, which highlights the significance of this particular study. In previous studies, researchers estimated that injuries among older riders – those identified as 60-65 years old and older – nearly doubled between 2001 and 2007, during which ridership of the older population increased by more than 100 percent.

Fatalities in older riders between 2001 and 2007 increased 145 percent, which is even more disturbing for motorcycle safety advocates. Overall, older riders had a hospitalization rate of approximately 35 percent while the younger population was closer to 15 percent.

At the conclusion of the study, researchers developed two suggestions for improving the safety of motorcyclists – particularly those who fall into the older age group. Refresher safety courses are always a good idea for those who have aged since the last time they took a course. Also increasing the amount of protective gear can make a big difference in terms of the severity of injuries for motorcycle riders.