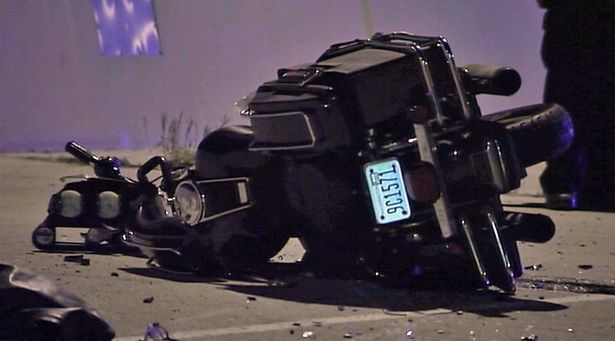 Police say a 55-year-old motorcyclist was hospitalized early Friday morning after his motorcycle was struck head-on by a wrong-way driver on the Alaskan Way Viaduct in Seattle.

According to KOMO, a woman was driving her southbound in the northbound lanes of the Viaduct near Royal Brougham Way and the sports stadiums in Seattle’s SoDo neighborhood at around 1:30 a.m. Friday. An unidentified male motorcyclist was traveling northbound on the Viaduct at the same time when the woman crashed into him head-on.

Police say the motorcyclist likely had no time to avoid the collision, which reportedly left him with life-threatening injuries. He was transported to Harborview Medical Center in Seattle for treatment, but there was no information available regarding his medical condition.

KOMO noted that police are conducting their investigation as a fatality collision, perhaps suggesting that officials are considering the possibility that the motorcyclist will not survive. The female driver who caused the head-on crash was arrested at the scene. Authorities have made no statement regarding drugs and alcohol and the collision.

From a legal perspective, one of the most significant issues at play here will be whether or not the motorcyclist is fortunate to survive this devastating collision. This will have an impact on the criminal charges that the at-fault driver faces, and therefore will affect the extent of her punishment as well.

It will also be important for investigators to figure out exactly why the woman was driving in the wrong direction on such a busy highway. Of course, the knee-jerk reaction to a fatal accident involving a driver who was traveling the wrong direction is that driver impairment is likely to have played a role.

Regardless of any other contributing factors, liability for this collision should be relatively straightforward; as police said, the motorcyclist had no time to react to the woman driving in the wrong direction and likely could have done nothing to prevent the collision from occurring.

If you have been injured in a motorcycle accident, contact Davis Law Group.