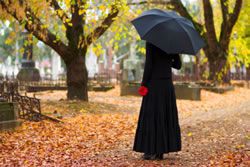 The mother of a student at Cornell University filed a wrongful death lawsuit against his fraternity. Thelawsuit claims that the 19-year-old sophomore died after being forced to drink heavily at his fraternity house. Details of the case allege that the student was tied up, hazed and then left to die.

The student was a member of Sigma Alpha Epsilon at Cornell. He was said to be kidnaped in the early morning by pledges who bound his wrists and ankles and forced him to drink until he passed out. The suit claims that he was found unconscious on the same couch later that morning, with his hands and feet still tied.

An autopsy showed that the young man had a blood-alcohol level of 0.409 percent. Former pledges of SAE fraternity were charged with first-degree hazing and unlawfully dealing with a child. Cornell University immediately withdrew the recognition of the fraternity.

Davis Law Group is deeply saddened by this horrible tragedy. We send our sincere condolences to the family and friends of the 19-year-old boy.

Do you think university officials should be doing more to prevent hazing?

Tell us what you think by commenting on this post.

If you believe that you have lost a loved one due to the negligence of another person or entity, contact our Seattle personal injury attorneys for a free consultation. Call Davis Law Group at (206) 727-4000 to schedule an appointment.