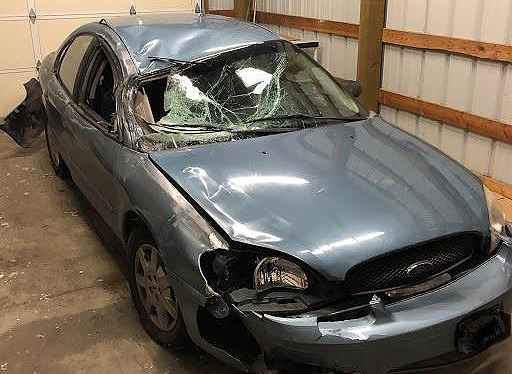 A man allegedly fled the scene of a motor vehicle collision with a person riding a horse, killing the animal and sending the victim to the hospital, according to Moses Lake police.

Investigators say a 22-year-old man was at a party Friday evening when he left to go buy beer. He never returned to the party. He struck a 34-year-old man riding a horse on the shoulder of Frontage Road. The driver later reportedly left a voicemail with a friend claiming he had hit a deer.

The horse died at the scene. The rider was taken to Samaritan Hospital in Moses Lake and later transported to Providence-Sacred Heart Medical Center in Spokane with a concussion and orbital fracture. He has since been released from the hospital.

Following the collision with the horse, the driver crashed through a fence and entered westbound Interstate 90. He then crashed through the fence a second time and continued on Frontage Road.

Police tracked the driver down and he was arrested on Saturday afternoon. Prosecutors charged the driver with felony hit-and-run and driving with a suspended license in the second degree.