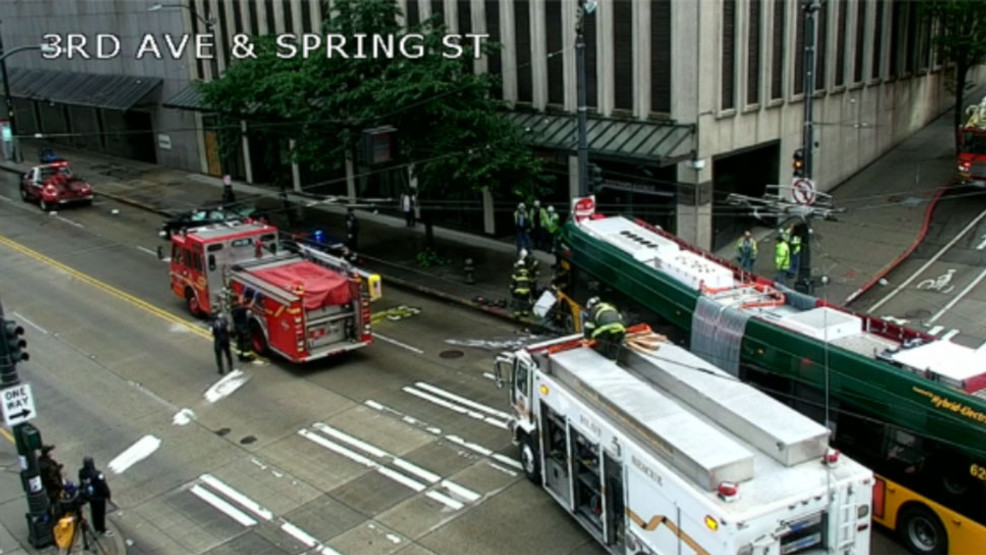 A metro bus struck a light post on third avenue last week, trapping the driver and injuring the lone passenger on board.

Both the driver and passenger on the bus were taken to Harborview medical center for treatment.

The bus reportedly struck another vehicle traveling west at the intersection of spring and third street as the bus was traveling north before coming to a stop at the pole.

One person was also injured from the vehicle that was initially struck by the bus.

Metro has said that the driver involved in the crash was only working part time and was just hired late last year, but that the investigation into what caused the crash is ongoing, and there have been no announcements of citations for negligence at this time.

King County has been nationally recognized for excellence in public transportation just last year, and metro projects have been making headlines for years now, the program has not been without flaws.

For one, despite the high accolades reports show that most within the area king county metro operates in, still prefer to drive rather than utilize the service.

Recent metro accidents have included accidents with pedestrians as well as other vehicles and even accidents on construction sites of metro projects.

King County metro has a responsibility to keep their riders and the general public safe, and when they fail to do so whether by driver error, mechanical failure or poor design, those that are harmed have the right to a full recovery

The award-winning King County metro accident attorneys at Davis Law Group have gotten victims harmed by the metro system a settlement of more than one million dollars.

If you or a loved one have been injured in an accident, Davis Law Group offers free case evaluations to help understand your rights and make sense of the complicated world of personal injury claims.

To request your free case evaluation, call 206-727-4000 or use the chat or contact option on this page today.