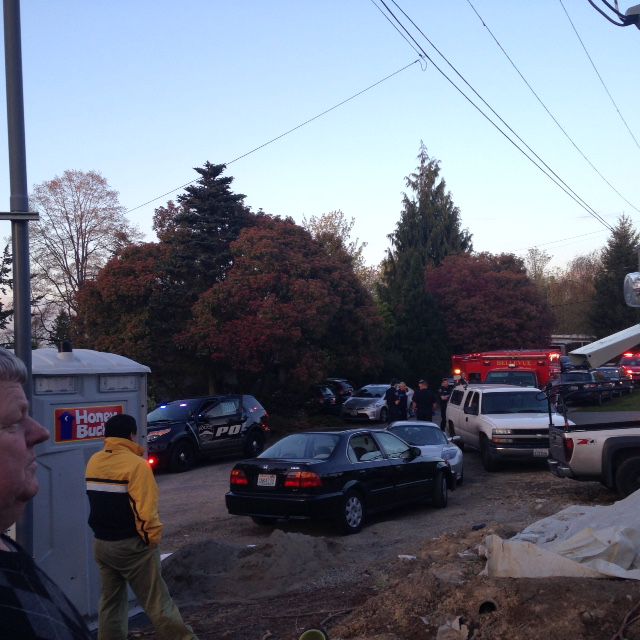 A 40-year-old man was tragically killed in a construction accident on his own property on Mercer Island Wednesday evening, according to police.

Leslie Burns of the Mercer Island Police Department says the accident happened at about 7 pm when the man, identified as Jack Chen, stopped by a construction site where his family was building a new home.

According to Burns, investigators believe Chen had stopped by the site to check on the progress of his new home when the accident occurred.

“He was doing what anybody normally does. He was having a new home that was being built, and was probably interested in the progress and stopped by to take some pictures,” Burns told reporters with KIRO news.

Burns says there were four construction workers at the site putting up a wall when Chen arrived. and as he was watching the wall began to slip.

“They all backed off immediately, and when they did so, the wall came down. Unbeknownst to them, the homeowner was there and probably came in at the last minute and was probably trying to help them,” she added.

Emergency response teams arrived at the home shortly after the wall collapsed and administered CPR on Chen. He was transported to Overlake Hospital and was pronounced dead from his injuries shortly after he arrived, according to KIRO.

The KIRO news article points out that the contractor working on the home, identified as M.M. Framing, had received two violations in 2010 when the Department of Labor and Industries inspected them. L&I says one of the violations involved an employee without proper slip & fall protection, while the second was related to another employee’s unsafe use of a ladder. The company was fined $1,000 for the violations.

Because Chen was not an employee of M.M. Framing, an L&I spokesperson says they will be looking into what caused the wall to fall down but will not be investigating Chen’s death.

From a legal standpoint, this revelation increases the importance of an independent investigation into what may have caused Mr. Chen’s untimely death. If his family wishes to pursue legal action, it will be important for them to hire experts and investigators to determine what factors may have contributed to the accident, if anything could have prevented it from happening, and who may be potentially liable for the homeowner’s death.

These are just some of the many important questions that should be taken into account in regards to the legal aspects of this unfortunate incident. To learn more about your legal rights after a construction accident such as this one, call the award-winning personal injury lawyers at Davis Law Group to request a free case review today.