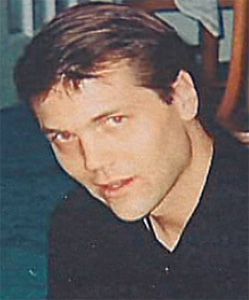 A Seattle man now requires around the clock medical care and assistance after his violent encounter with police officers left him with devastating injuries, including permanent brain damage.

Attorneys representing Brian Torgerson recently filed new court documents for a case that is expected to be heard before a U.S. District Judge in August. Torgerson, a schizophrenic, was in the midst of a mental breakdown in May 2010 and got into a fight with his father at their home in Seattle.

Police were later called to Torgerson’s apartment to arrest him on misdemeanor warrant for theft of $500. The man reportedly put up a struggle with officers during the arrest, so they cuffed his hands behind his back, bound his feet together and held him on the ground for some time before placing a spit hood over his head.

During the struggle, reports indicate that one police officer “delivered two forceful elbow strikes to Brian’s face causing him to bleed profusely.” The physical trauma allegedly caused Torgerson to bleed and vomit until the air holes in the spit hood were clogged, preventing Brian from being able to inhale oxygen.

“He passed out; he lost consciousness. And ultimately he suffered what’s called a hypoxic brain injury from a lack of oxygen,” says Ed Budge, an attorney representing Torgerson’s family.

In court documents, the family claims that police were well aware of Torgerson’s mental situation yet declined to call a crisis intervention team to properly assess the delicate situation. In addition to the use of a spit hood, officers allegedly repeatedly struck the man and used a Taser on him twice.

Specifically, the lawsuit alleges that “defendants used this force despite their recognition that Mr. Torgerson was experiencing a mental health crisis, that his heart rate was extremely elevated, that he was hot and diaphoretic and was otherwise at risk of extreme injury or death as a result of the force used against him.”

The longer a person is unconscious, the more potential there is for long-term damage being done to the brain. There are apparently multiple conflicting reports about exactly when Torgerson lost consciousness during his struggle with Seattle police officers, and one of the primary focal points of the lawsuit will be to investigate the multiple accounts and find out exactly how Torgerson sustained the brain injury.

The Torgerson family, however, maintains that he will require around the clock medical treatment and care for the rest of his life. Torgerson is confined to Western State Hospital and his parents were recently appointed as his official legal guardians.