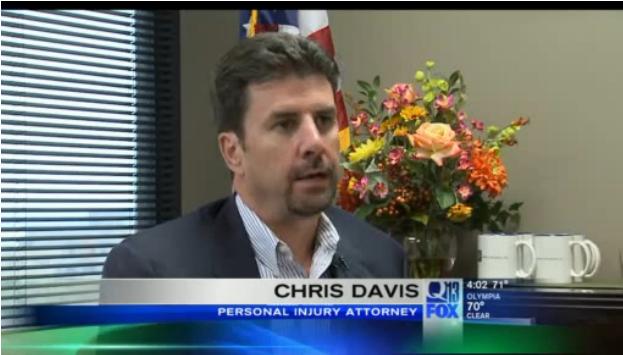 Little Bryan Salinas was almost 3 years old when he accidently pushed through the screen of an open window and fell about five feet to the grass below.  According to the boy’s father, Marco Salinas, Bryan was crying and vomiting, so he took they boy the emergency room at Mary Bridge Children's Hospital.  Apparently the emergency room doctor did a quick check, gave the toddler a clean bill of health and sent him home.  The boy died later that night.

The child had a brain injury that involves bleeding and pressure on the brain -- enough to move the brain from its usual position inside the boy’s skull.

"I believe in the doctor, but I think he don't want to do nothing with us because we are Latin people, we are poor people because we had government insurance for my kids, because we don't have money, you know?” Salinas said.

Q13 Fox News contacted Seattle medical malpractice and child injury attorney Chris Davis for his legal opinion on the case.  “Based on the cases that I have looked at and handled and based on the ER experts I have dealt with over the years, at a minimum some scan imaging should have been ordered to rule out a more serious injury and that was not done in this case, ” said Davis.