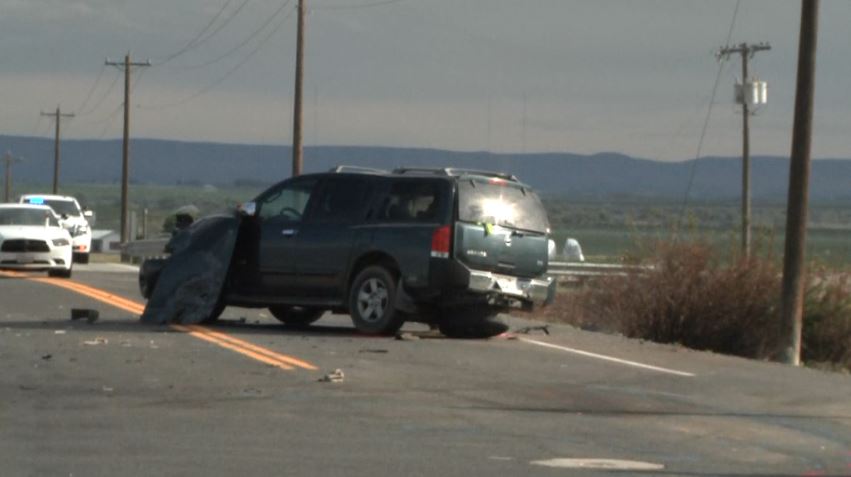 Early Thursday morning, a crash between an SUV and a van near George, Washington left three people dead and eight more with injuries. The SUV was driving on Adams Road South when it slammed into a van near Frenchman Hills Road SW. The crash occurred at approximately 4:30 am.

All of the victims in this auto accident appear to be adults. It does not appear to be owned by a school group. Police are working on identifying all of the victims and notifying their next of kin. Investigators with the Grant County Sherriff’s Office are not yet sure whether everyone involved in the crash was wearing a seatbelt; they suspect that many of the van’s occupants were ejected because they were not wearing safety belts.

Authorities are urging drivers to take alternate routes and avoid the intersection of Adams Road South and Frenchman Hills Road SW for the rest of the day. Investigators have shut down the intersection in order to complete their work at the scene.

Investigators have not yet stated whether they believe that drugs or alcohol could be factors in the collision. They have not released details on what they believe caused the crash. No statements have been made regarding possible charges.

(Image: The damaged SUV at the scene of the crash. Image source: KHQ News)

Passenger Vans Are A Rollover Risk

Unfortunately, crashes involving large vans are all too common on Washington state roads, especially in rural areas. Large vans are a convenient vehicle for transporting large groups of people; they’re a staple for field trips, church group outings, and transit for seasonal workers. Although passenger vans can be large and unwieldy, with large blind spots and a high center of gravity, most people who rent and drive them don’t receive any special training on how to operate them safely.

Many drivers aren’t aware of the fact that 15-seater passenger vans are known to have a high risk of rollover. That risk increases when a van is carrying more people, even if it isn’t at capacity. According to National Highway Traffic Safety Administration crash data, 15-seat vans with 10 or more occupants rolled over at a rate 3 times higher than 15-seat vans carrying 4 people or less. Adding more passengers to the van raises the center of gravity and distributes it further to the read end of the vehicle. Older passenger vans may not have electronic stability control systems to reduce the risk of rollover crashes.

According to the National Highway Traffic Safety Administration, 80% of people killed in 15-seat passenger van accidents between 2003 and 2007 were not wearing seatbelts. It’s possible that many of these deaths could have been prevented if everyone wore their seatbelts.

What To Do After A Van Crash

If you or your loved one has been injured or killed in a crash involving a passenger van, it’s a good idea to seek out the advice of a passenger van accident attorney as soon as possible. Insurance claims involving a large number of injured people can be incredibly difficult for injured victims to navigate on their own; they may not understand how to check the at-fault driver’s policy limits or what to do if that insurance isn’t enough to cover everyone’s damages.

If you have any questions about a crash involving a passenger van, the personal injury lawyers and legal staff at Davis Law Group, P.S. are here to help you. You can speak with our experienced team of car accident attorneys at any time by using our convenient chat feature, visiting our contact form, or calling (206) 727-4000.