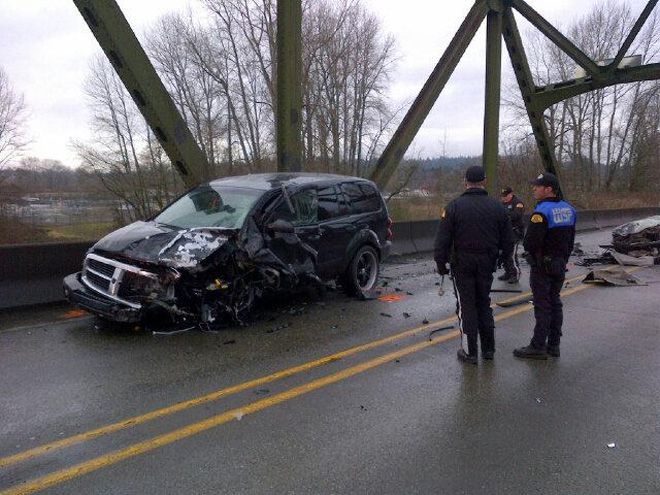 Officials with the Washington State Patrol (WSP) say that a 22-year-old man was killed in a head-on collision along the Snohomish River Bridge on Highway 9 in Snohomish Thursday evening.

According to WSP Trooper Mark Francis, the driver who caused the accident is believed to have lost control of his vehicle while driving northbound on Highway 9 as he approached the Snohomish River Bridge, crossed the centerline and struck a 2004 Dodge Durango truck head-on.

The driver who caused the crash, identified as 22-year-old Juan E. Arias of Marysville, was killed in the collision.

News reports indicate that the driver of the Dodge Durango, who has been identified as 59-year-old Chad K. Walterson of Lake Stevens, suffered non-life-threatening injuries in the crash. Walterson was taken to Providence Regional Hospital Everett Colby Campus to receive treatment for his injuries.

It was unclear whether alcohol or drugs may have played a factor in the collision. Troopers said that information will be released after the results of toxicology tests are available to investigators.

Troopers closed both directions of Highway 9 at the scene of the car accident for several hours while they cleared debris and investigated the scene. Francis says they are still sorting out all the factors at play and trying to determine what may have caused Arias to lose control of his vehicle.