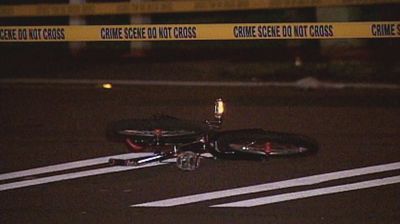 King County prosecutors have formally announced vehicular assault charges against an allegedly marijuana-impaired driver who caused a fatal accident with a bicyclist in Federal Way on August 30.

Officials contend that Dara Keo, a 30-year-old man from the SeaTac area, was driving under the influence of marijuana and prescription drugs on the morning of August 30 when he accidentally crashed into a bicyclist. The victim, identified as 44-year-old Craig Cronister, was reportedly riding his bicycle on the shoulder of Military Road South in Federal Way when he was struck by Keo’s Honda Civic.

Cronister suffered life-threatening injuries in the accident and eventually died after being transported to Harborview Medical Center in Seattle for treatment. A witness to the accident told police that Keo appeared to be driving erratically in the moments leading up to the crash, which prompted officers to investigate into whether Keo may have been driving impaired at the time.

Police reports say that Keo stopped his car after the bicycle accident occurred and waited for officers to arrive at the scene. A drug recognition expert noted that Keo’s speech appeared to be slow and slurred at the scene, and also that Keo appeared to be laughing and joking about how other drivers would have fled the scene after a similar collision.

“He admitted to taking impairing prescription drugs and marijuana stating ‘I had a few beers and smoked a bowl, but I have a medical marijuana card so it’s okay,’” reads a statement from Senior Deputy Prosecutor Amy Freedheim, who added that Keo appeared “unbalanced and uncoordinated” after the accident. A sample of Keo’s blood is currently being tested by investigators for the presence of drugs and/or alcohol. He remains in jail on $250,000 bail.

Marijuana has become a hot topic of conversation in the traffic safety community ever since the passage of Initiative 502, which officially legalized the possession and recreational use of marijuana by adults in Washington state. Because marijuana has an impairing effect similar to that of alcohol, many experts have expressed concern that the legalization could increase the number of impaired drivers on Washington state roadways.