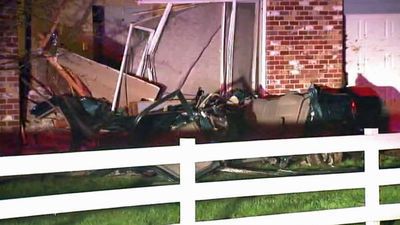 A high-speed police chase in Lake Stevens on Thursday resulted in a vehicle crashing into a house that killed a passenger and left the driver with serious injuries.

Lake Stevens police were reportedly attempting to pull over a driver for reckless driving on Highway 9 near State Road 92 after he had exhibited some erratic driving behavior. Once the officers attempted to pull over the vehicle, however, the driver took off. Police say that the vehicle reached speeds of approximately 100 mph while the driver was fleeing.

Shortly after police began the pursuit of the vehicle the driver lost control and crashed through a fence and into a house. Reports indicate that there were six people inside the home at the time of the accident but none of them were injured.

The passenger of the suspect vehicle was killed on impact, according to statements from police. The driver, identified only as a 31-year-old man, survived the crash and emergency responders had to cut him out of the vehicle. He was significantly injured in the crash and was later transported to Harborview Medical Center in Seattle.

Police discovered that the vehicle was not registered to the driver and are investigating what may have caused the man to flee police. Police say there may have been drug paraphernalia inside of the vehicle and that drugs and/or alcohol may have played a role.

The driver has not been formally charged yet but police say he will likely face charges of vehicular homicide, among other potential charges if drugs or alcohol were a contributing factor to the deadly car accident.